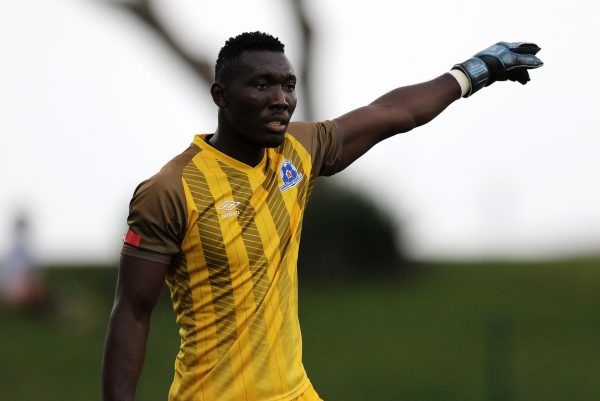 Pirates announced the signing of Ghanaian international Richard Ofori from Maritzburg United this week. Ofori was linked with a move to the Soweto giants since after the conclusion of the 2018/2019 season.

Ofori joined a sizable list of players who joined the Sea Robbers before the start of the season. Pirates also realised seven players before adding firepower to coach Josef Zinnbauer’s squad.

Pirates added Deon Hotto, Thulani Hlatshwayo, Wayde Jooste and Terrence Dzvukamanja to their books. Mayoyo applauds the club for signing quality players.  Mayoyo, however, also believes there could be a disadvantage in having so many goalkeepers at Pirates.

The Sea Robbers have Siyabonga Mpontshane and Sandilands on their books, making Ofori their third goalkeeper.

“I will speak for the department I was a part of at Pirates which is the goalkeepers. Ofori proved himself at Maritzburg United already so he is a quality signing for Orlando Pirates,” Mayoyo told Phakaaathi.

“The goalkeeping department has been troubled for a long time now and last season Wayne Sandilands stepped up and did well for us. He brought stability to the department but now we have a new keeper. This could go two ways. It could motivate him to work harder because Ofori will challenge for his place in the squad he is a quality goalkeeper or we could have a situation where the new goalkeeper is trying to settle and we are back to where started.”

“(But) the addition of someone like Ofori is great because we now know we have him and Sandilands to trust in that position.”