Three goals after the break are enough to sink Maritzburg, after the Team of Choice took an early lead. 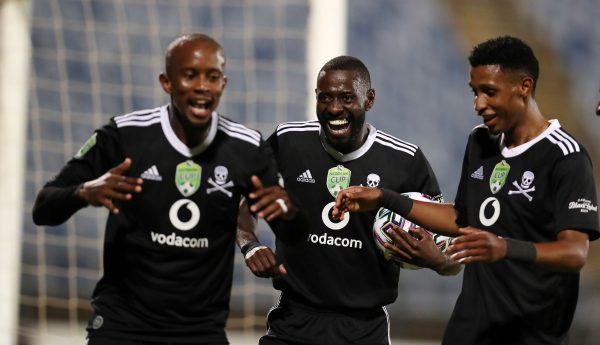 A superb comeback from Orlando Pirates saw them book a spot in the quarterfinals of the Nedbank Cup, as they took down Maritzburg United  3-1 at a the Harry Gwala Stadium on Saturday.

The Buccaneers were trailing the Team of Choice 1-0 from early in the game,  Thabiso Kutumela putting the home side in front.

The Buccaneers scored all their goals in the second half, courtesy of Kabelo Dlamini, Deon Hotto and Vincent Pule.

It wasn’t the first half that Bucs coach Josef Zinnbauer would have hoped for, with his team ineffective, as United took charge of the match.

It was the host side that had a number of opportunities, and Ernst Middendorp’s side went in front in the 9th minute through Kutumela’s effort.

The game went into half time with the Soweto club still unable to get themselves back into the game.

In the second half, Zinnbauer made some changes, bringing on Kabelo Dlamini for Ben Motshwari, to add more players in attack.

And the striker repaid his coach’s faith in him by levelling the scores in the 56th minute.

It didn’t take for the Buccaneers to get a second goal as Deon Hotto put them in the lead a minute later with an assist from super-sub Dlamini.

In the 65th minute, Maritzburg’s Ali Mesa’s tested Pirates keeper Richard Ofori, but the Ghanaian was on his guard to make a save.

Kutumela, who is a former Bucs player, was once again a threat for United in the 67th minute, but his shot was blocked from a free-kick.

However, the visitors managed to extend their lead with about 10 minutes to play through Pule to make it 2-1 and seal their place in the quarterfinals.