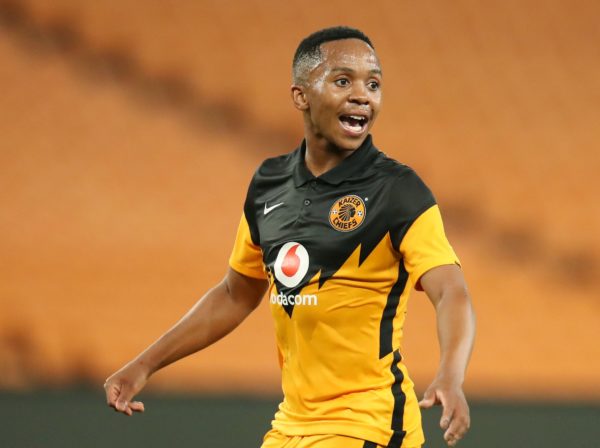 Kaizer Chiefs midfielder Nkosingiphile Ngcobo said while the weather is a bit warmer in Morocco than it is in South Africa, it will not be a big factor as they can get used to it. Picture: Muzi Ntombela/BackpagePix.

Having had three weeks to prepare for the game, there may have been a point where Kaizer Chiefs players would have felt exhausted as they counted the days to the biggest game of their careers so far.

But, be that as it may – or not – now that the day of the game is here and the focus has really come back, according to midfielder, Nkosingiphile Ngcobo. Speaking after finishing their first training session in Casablanca Morocco, Ngcobo said they can now feel the game.

Amakhosi play Al Ahly in the Caf Champions League final at Stade Mohammed V Stadium in Casablanca on Saturday at 9pm South African time. It is the first time Amakhosi have reached this stage of the competition while the Red Devils are looking for their 10 title.

“We have had a great time,” Said Ngcobo. “The first training session went really well. We enjoyed ourselves. We are now fully focused on the main mission (the game). The mood in the team is very good.”

Ngcobo said while the weather is a bit warmer in Morocco than it is in South Africa, it will not be a big factor as they can get used to it. It does however favour their opponent more as they are from the same region on the continent.

“It’s a bit hot,” admitted Ngcobo “but it is not that bad compared to South Africa. From the long flight… this training now has relaxed us a bit and we have found the energy again. We are fresh.

“Everyone was on their toes, tomorrow will be even better. I think I am ready. We have been training and although we have not had a match in a while, we have prepared very well. We are going to fight.

“We just want to play them. But we have to be careful and execute the game plan well. We want to finish it in 90 minutes.”Amakhosi have been receiving messages of support from various quarters and South African Football Association president, Danny Jordaan also visited the Amakhosi camp on Thursday.

“In such moments, the country needs things that bring the people together. Things that bring hope. And these are the things that finals produce. Now, at whatever you do, there is one-word management, your coach will tell you this.

“You have generated so much expectation on yourselves. Now you cannot do what people expected of you in the beginning. They didn’t expect you here, but you took taht journey and showed that at the end of the day it is your effort, energy, commitment and drive that brings success. It is not history or name,” said Jordaan as he addressed the team.