The old saying, “one man’s poison is another’s meat” rang true for a young player when he was snapped up by AmaZulu immediately after he was axed by Real Kings FC. 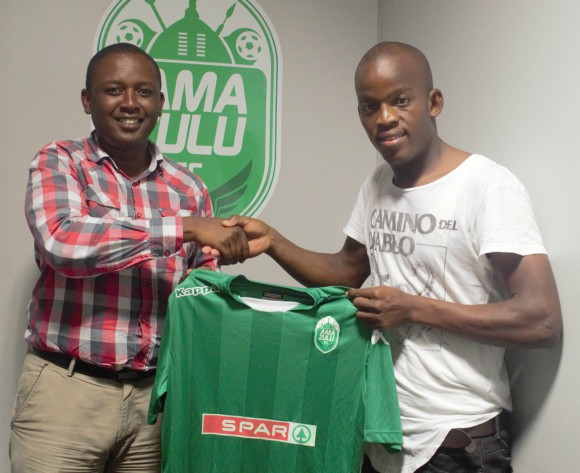 23-year-old Philani Gumede was among the players who helped Kings win promotion to the National First Division last year and it was surprising to see him being released, said a Phakaaathi source.

“He was one of the best performers during the ABC Motsepe League national play-offs (in Bloemfontein) last year. There were a number of teams who wanted him including Mthatha Bucks, but they declined their offer. Now they let him go for free and AmaZulu were only too happy to take him. He is an intelligent defender and will definitely do well for them,” said the source.

Gumede told the club’s website that he was happy to join a team for whom his uncle once played for.

“It’s a dream come true to join AmaZulu since my uncle (Sgwili Gumede) also played for them. I was aware the club had an interest since last season when we used to play in friendly matches,” he said.

Gumede will however have to work hard to break into Usuthu starting team as they already have established players in their backline.