Lebogang Manyama and Pitso Mosimane have been named as the Premier Soccer League's player and coach of the month for February, respectively. 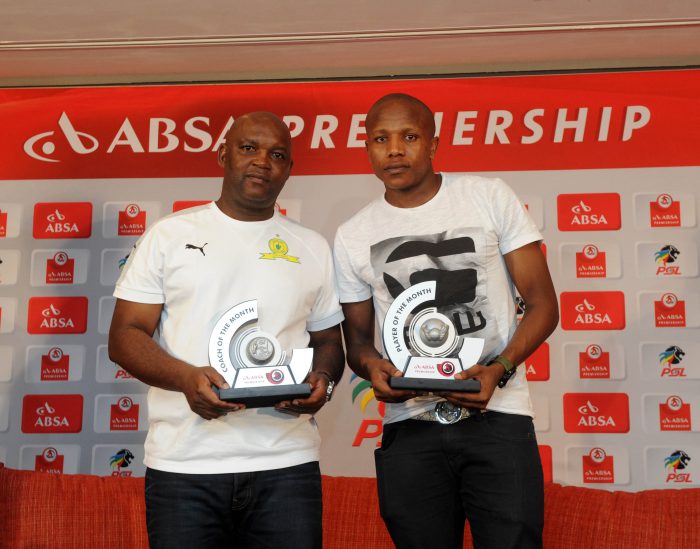 Pitso Mosimane coach of Mamelodi Sundowns and Lebogang Manyama of Cape Town City with Coach and Player of the Month awards at PSL Offices. (Sydney Mahlangu/BackpagePix)

Manyama has been key to Cape Town City’s rise to the top of the league standings, while Mosimane has been awarded for guiding Mamelodi Sundowns to an impressive unbeaten run in the month of February.

“It is an honour to come here again, I could not have done this without my team Cape Town City. I would be happier if we won team of the season first before the player of the season award,” said Manyama.

“I would like to thank everyone who has played a role in this. I am humbled,” said Mosimane.