With Orlando Pirates' chance to finish on top half of the table looking highly unlikely, Bucs coach Kjell Jonevret has now shifted his full focus on winning the Nedbank Cup as some sort of redemption for the team's barren season. 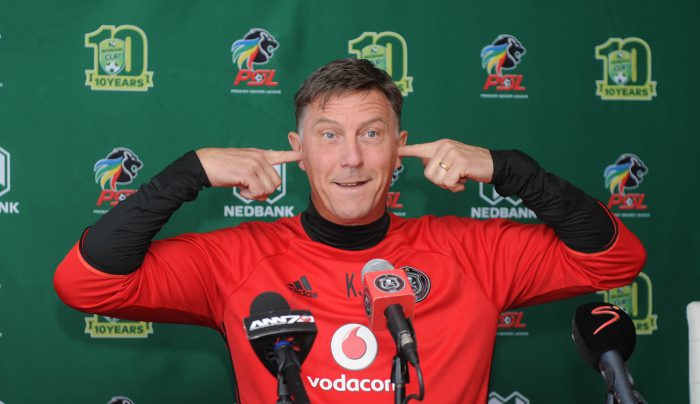 The Buccaneers blew their chance of sneaking into the top-eight on the final day of the PSL fixtures after being held to a goalless draw by Ajax Cape Town on Wednesday night.

The result saw the Soweto giants fall to 11th place in the table, three points behind the Urban Warriors who are eighth. They also trail their cup opponents Golden Arrows, who are in ninth place, by one point, with only one game left.

And now, a meeting with Arrows in the Ke Yona semifinal at the Princess Magogo Stadium on Sunday is vital for Jonevret and his players to at least have something to smile about at the end of the season, particularly since it is the club’s 80th anniversary this year.

“It is an important game for us, every game has been important trying to get into the top eight and to stay in the cup. So, we don’t have many days to prepare, we played on Wednesday and we will play again on Sunday, but it is the same with Arrows,” said the Pirates coach.

“We are just trying to get some energy back, we had a light training session with the boys and we will have two sessions today and on Saturday before we go there. It should be fun, it is a chance to do something good this season,” he added.

“We had some ups and downs and the results haven’t been as everybody expected. But we have to do something good in the cup and we should do that. We know it is going to be tough, but at the same time it is a chance for us to do something.”