Leopards down, but not out says striker

Black Leopards striker, Mziwokuthula Zimu has said that Baroka have just taken the lead and not won the race in the promotion play-offs following their defeat on Wednesday. 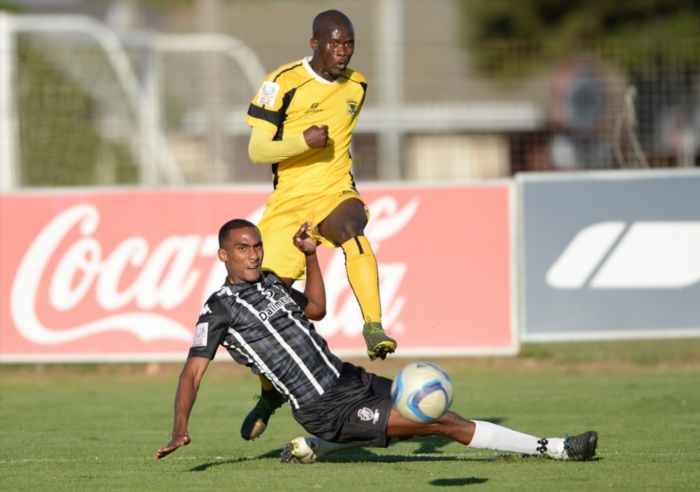 Zimu scored Lidoda Duvha’s consolation goal in the 2-1 defeat. “I was happy to score but not happy with the result,” he said.

“But it’s not over just yet. This is a race, and Baroka have just taken the lead but the race is not over. What matters is who finishes first,” he added.

Zimu said Lidoda Duvha remain hopeful of making it to the Absa Premiership next season. Leopards are now third in the three team mini league which includes Stellenbosch FC.

Jean-Pierre Luscuito’s team have one point after two matches while Stellenbosch have two and Leopards top with four.

“There are still games to play and we remain hopeful of coming back into it,” he said.