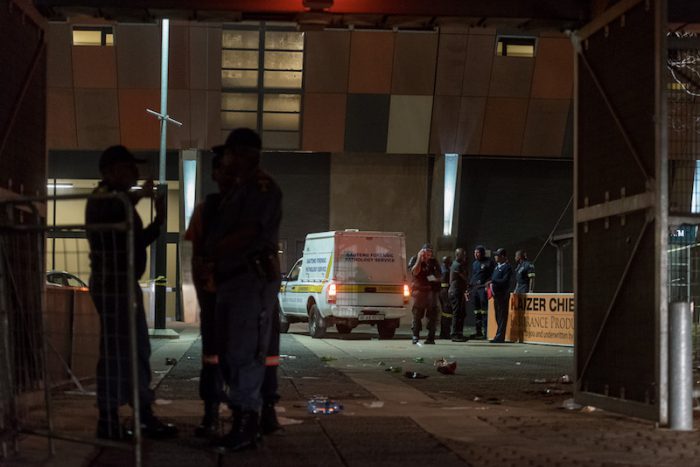 Police stand at the scene of the bodies of two people who died during a stampede at the FNB Stadium in Johannesburg on 29 July, 2017. The stampede began when Kaiser Chiefs scored their first goal and people outside attempted to rush into the stadium. Picture: Yeshiel Panchia

According to Grobbelaar, the two fans died after some supporters tried to force their way into the stadium.

“We wish to express our condolence to the families of all those who are affected by the incident today,” said Grobbelaar.

“This is extremely unfortunate as solid security plans were in place to ensure that this is a risk free event.”

Chiefs won the match 1-0 through an early goal in the first half by Bernard Parker. 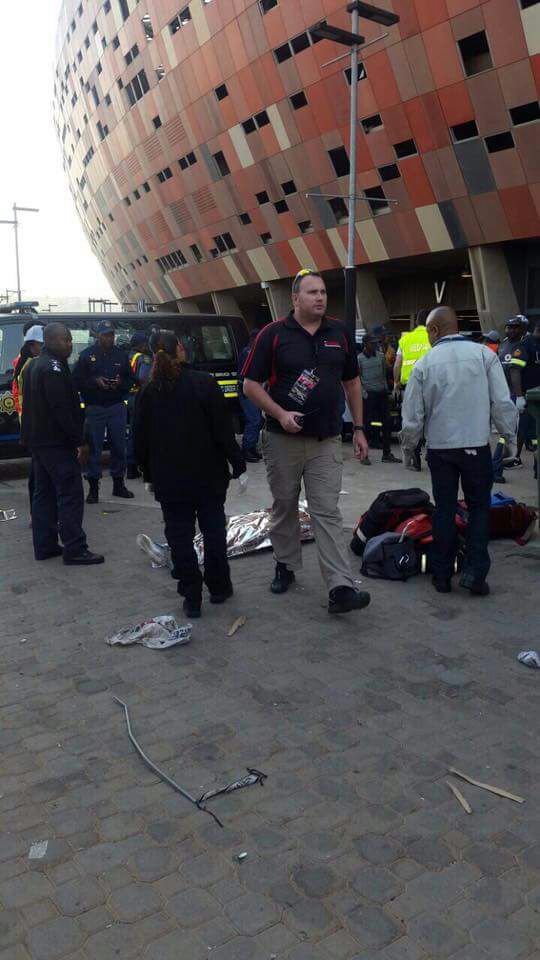