Bafana Bafana midfielder Jabulani Shongwe says losing players from the squad is a huge loss, but hopes the new arrivals will help the team soldier on and qualify for the Chan tournament in Kenya next year. 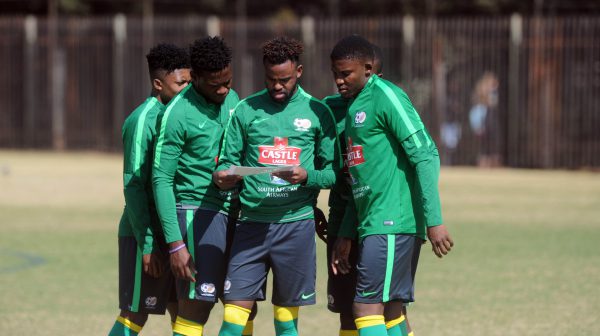 Bafana played to a 2-2 draw with Zambia in the first leg of the qualifiers at home last weekend, however, with the return leg scheduled for the upcoming weekend, Bafana coach Stuart Baxter will have to make more call ups after seven players withdrew from the team.

“It’s a huge loss for us as a team even though we understand why they had to leave. Now we will have new players and this means we might have to start afresh with our tactics to accommodate the new arrivals. But I have confidence that the guys that are here will help the players coming in to adjust quickly because we have a job to do,” said Shongwe.

“It’s going to be tough but we have to soldier on. We will do the best we can. All is not lost, we still have a good chance and I think we will do well in Zambia, I have a strong feeling we will qualify.”

Gift Motupa, Menzi Masuku, Asavela Mbekile and Tercious Malepe are some of the players that left the Bafana camp to go to their respective clubs and prepare for the opening league games.

Bafana are set to play Chipolopolo at the Levy Mwanawasa Stadium on Saturday.