Mosimane hits back at SuperSport 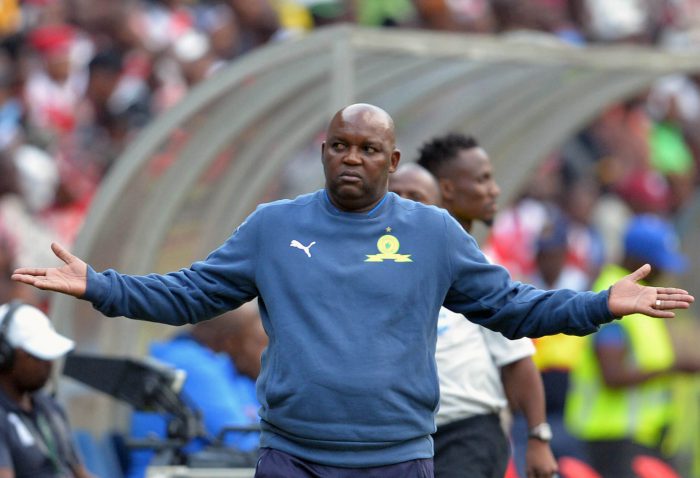 Mosimane says there is nothing wrong with approaching players while they are still at other clubs.

“All the players we wanted, we spoke with their teams. We made formal offers, but it is just people want to make noise about it, and it is always good for media. They always say we are poaching their players. Why would I poach your players?

“By the way, how are you going to sign the player if you don’t talk to him? Did Barcelona speak to [Ousmane] Dembele [whom they signed from Borussia Dortmund] when they signed him? Did they speak to him? What if he doesn’t want to play for you?

“It happens between Arsenal and Chelsea. The clubs agreed, and Alex Oxlade-Chimberlain refused [he ended up joining Liverpool]. The deal can be made between the two clubs, and the player can also say, ‘I don’t want to play for you,’ and then? It is embarrassing,” Mosimane told IOL.

“If you want the player, go and speak to him. When Kaizer Chiefs wanted to sign Rama [Mphahlele from Sundowns], do you think they didn’t speak to him? They assume that Rama will play for them? He will leave Sundowns in the middle of the Caf Champions League and go to Chiefs. Really guys, of course they spoke to him.

“So, I have to speak to George Lebese also. How can he come here? People say you are poaching. What poaching?

“You have to speak to that person – ‘do you want to play for me? Would you love to play here? Are you sure? Must I go and bid for you? Yes, okay’ – then you know,” added the former Bafana Bafana mentor.

Manyama was heavily linked with a move to Sundowns, but opted to go to Turkey instead.

“I think so [responding to the question about whether Manyama made a right decision or not], he is 27 or 28, if I’m not mistaken.

“These things came once, hey, and if you ask Manyama, what is your dream? he will tell you that it is to play for Bafana and in Europe.

“If you don’t go overseas, you have to make a right decision by making a right move locally before you retire because you might not win the league, but you were a good player. What have you won? What are you going to say? I was in a starting 11.

“Why did [Eric] Tinkler move from Cape Town City? He won the Telkom Knockout, and he was number three on the [Premiership] log,” concluded Mosimane.