Maritzburg United’s danger man Evans Rusike says a talk with coach Fadlu Davids made all the difference as he is now getting back to his best again. 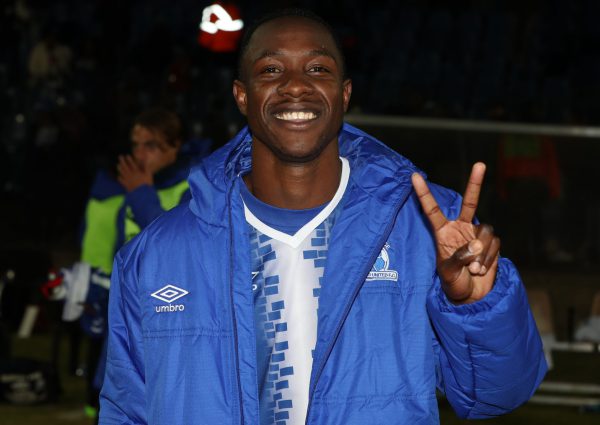 The 27-year-old striker had a difficult time last season but has started the current campaign on a high scoring three goals in four games – two in the league and one in the MTN8.

“The coach has brought my confidence back and reminded me what I am capable of,” said Rusike who was reportedly on the wanted list of the big teams including Orlando Pirates and Mamelodi Sundowns but opted to stay at the Team of Choice.

Rusike is expected to play a starring role when Maritzburg host SuperSport United in the second leg of the MTN8 semi-final at Harry Gwala Stadium on Saturday evening.

“SuperSport is a quality team and we will have to give them the respect they deserve. It is a high pressure game. It would be good for us to have something to show for our efforts but if it doesn’t go our way it will not be a train smash,” he said.

Asked if he will now be a targeted man after his good displays recently, he deflected the attention to the whole team.

“They do their research well and they know how to close us down and break us. We must try and play our own way,” he said.

If Maritzburg win or the match ends in a goalless draw they will advance to the final which will be for the first time in the club’s history and Rusike said he would be happy to be part of a history making squad. The first leg ended in a 1-1 draw.