Ndlovu happy to be back at Bafana

Azerbaijan-based South African forward Dino Ndlovu is excited to be back in the Bafana Bafana set-up and says it is always a pleasure to wear the national team jersey. 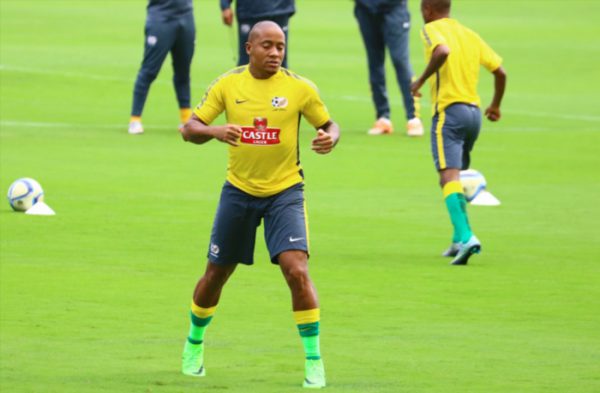 Ndlovu, who plays his football Qabarag has been doing well for the club helping the side to get into the group stages of the UEFA Champions League and is likely to start for Stuart Baxter’s side for their 2018 World Cup qualifier match against Burkina Faso at the FNB Stadium on Saturday.

“I will give it to the coach to decide who starts, but as I said in my previous interviews that it is always an honour to don the Bafana Bafana jersey,” said the striker.

With Bafana having a slim chance of qualifying for the global competition following back to back defeats by Cape Verde and having to replay the game they won against Senegal after referee Joseph Lamptey was banned for life for manipulating the match.

Ndlovu is, however, optimistic of South Africa qualifying for the tournament, despite Bafana having only one point after three games in Group D.

“If we didn’t believe that we can make it to Russia, then it would be useless to play this weekend’s game. We have great players who can step up and give us three points this coming weekend.”