Soweto derby fails to live up to expectations again

It is meant to be the biggest match in the Absa Premiership calendar but the famed Soweto derby again failed to live up to the hype with the game at FNB Stadium on Saturday ending in a goalless draw – a case of de javu for the thousands of supporters. 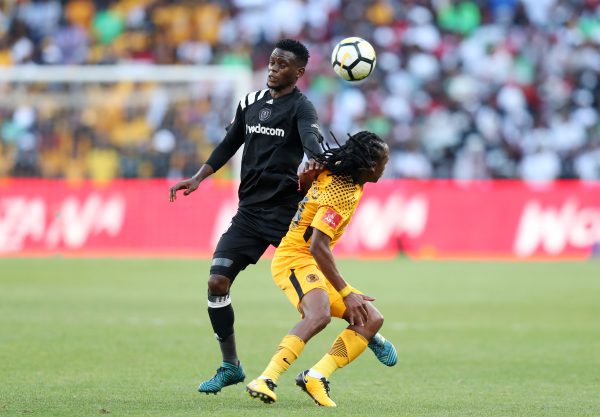 But it was not for a lack of trying from either side.

Orlando Pirates will rue the missed chance to collect full points having dominated their rivals Kaizer Chiefs for the better parts of the match and creating the most chances.

Man-of-the-Match Thabo Qalinge will feel unlucky not to have capped his starring display with a goal after his second-half scissors kick effort hit the cross bar with Itumeleng Khune well beaten.

Amakhosi’s young defender Siyabonga Ngezana could have also become a derby hero had his first-half header found the net instead of hitting the upright. There were chances and any of the two Soweto giants could have won the match but it was not to be.

“I thought we kept good shape in the first half although they dominated. Second half was better. Their formation in the first half forced us back. We could have done better when we got hold of the ball,” Amakhosi coach Steve Komphela said.

He admitted that although they were made to sweat for the point they earned, it was disappointing to settle for a draw in a home fixture.

“I thought a point, would I take it? Inasmuch as it is sad that we have not won at home this season I would say ‘it’s okay, let’s take it even though I am not completely satisfied’,” he said.
The Buccaneers’ Milutin Sredojevic lauded his players for following the game plan and promised to build on the performance going forward.

“We played according to the plan. In a match of this magnitute you can’t be dominant for the full match.”