The Chilli Boys are on a giant-killing run with Mamelodi Sundowns and Bidvest Wits already victims of Moloi's resurgent side. 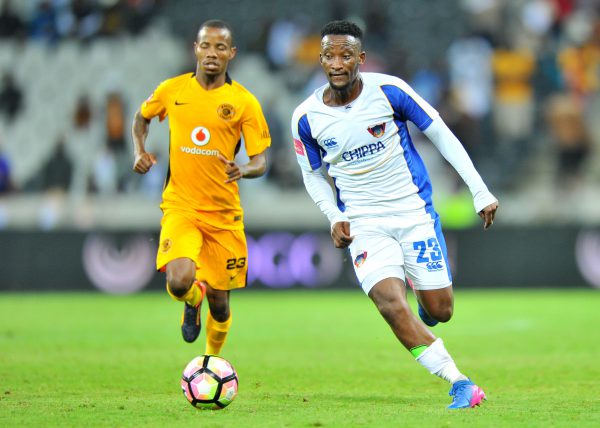 It is said that in football the most important match is the next one and Chippa United coach Teboho Moloi will be hoping this drives his team going into Sunday’s Telkom Knockout clash against Kaizer Chiefs.

The match kicks off at 3.30pm at Nelson Mandela Bay Stadium in Port Elizabeth.

Moloi has been able to get the Chilli Boys to match their attractive football with victories in their last three matches, after notching up five straight draws upon taking over at the Eastern Cape side on an interim basis following Daniel Malesela’s sacking.

The Chilli Boys are on a giant-killing run with Mamelodi Sundowns and Bidvest Wits already victims of Moloi’s resurgent side.

One of the players who has been pivotal in Chippa’s good run of back-to-back wins is Samuel Julies whose performance against Wits on Wednesday night earned him the Man-of-the-Match accolade.

Julies scored the two goals that punctured the Students and was also the scorer in the 1-0 win over his former side Sundowns last weekend.

Julies’ performances have earned him some compliments with one coming from as far away as France where his former team-mate Keagan Dolly is now based.

“My hero… I am proud of this guy. All your perseverance and hard work is finally paying off,” wrote Dolly on Twitter.

Moloi said Julies was a special player who made his job a little easier.

“Julies is a match-winner. He is similar to the late Bennett Masinga (formerly with Mamelodi Sundowns). It depends on you as a coach how you want to use him. The only thing you need to do is motivate him. You throw him in there with a little guidance and he uses his God-given talent (to win games),” said Moloi.

Amakhosi could, however, be Moloi’s biggest test so far. It could be argued that both Sundowns and Wits were already ailing when the Chilli Boys ran them over while the Naturena-based Glamour Boys are also enjoying a good run.

Steve Komphela’s team have been getting the required results and although they stuttered on Tuesday when they drew with Polokwane City, their performance was still not a write-off.

WATCH: A fan warming up alongside Chiefs players