Former Mamelodi Sundowns player Lindokuhle Mbatha was the star as Highlands Park made their intention to return to the top flight clear when they made easy meat of Stellenbosch FC who are contenders for the National First Division title. 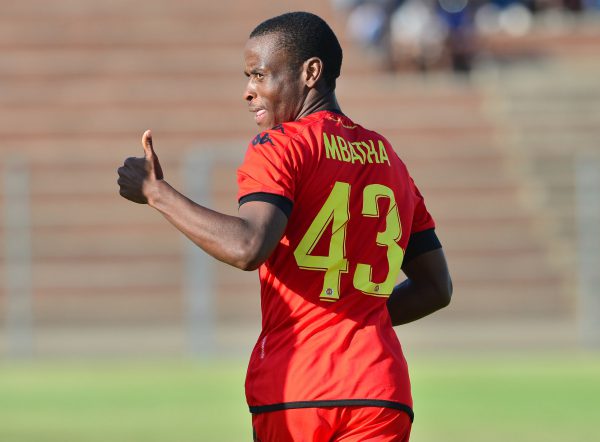 The Lions of the North scored three past a Stellies side that has been losing some steam over the past few weeks.

Stellenbosch’s steady decline should be cause for concern at the Cape Town based side who have dropped to fifth following a winless streak.

Jomo Cosmos meanwhile moved to third with an impressive win over Black Leopards and Tshakuma Tsha Madzivhandila continued their good run with a win over embattled Ubuntu Cape Town FC.

Witbank Spurs 1 (T. Makhele) Royal Eagles 1 (B. Komane)
Eagles will be happy with the point earned away to on-form Siyavutha who were looking to climb further up the standings. Boikanyo Komane was again called on when Eagles were awarded a penalty and he didn’t disappoint. Thabo Makhele however equalised for Siyavutha to ensure they at least keep a point and within the chasing pack.

Tshakhuma 1 (M. Monde) Ubuntu CT 0
Mpambaniso Monde’s goal was enough to seal the deal for Tshakuma who are now sixth and four points behind the leaders. The defeat, a fifth in 10 games for Ubuntu keeps them glued to the bottom of the standings with five points. Ubuntu are yet to win a match this season.

CT All Stars 0 Real Kings 1 (S. Nzimande)
It took the experience of Polokwane City and AmaZulu striker Siphesihle Nzimande to break the deadlock and ensure the visitors pocket the full points. The win helped the Magic Boys break into the top eight while it stalled Igugu leKapa’s progress a little.

Mthatha Bucks 1 (S. Nhlabathi) Super Eagles 1 (R. Versuur)
Amathol’amnyama were held to a draw at home by a Super Eagles side who needed the points to avoid being dragged into the relegation places. Sakhele Nhlabathi gave Bucks the lead before Ricardo Versuur equalised. Eagles are 14th with 10 points while Amathol’amnyama are 10th with 13.

Richards Bay 0-0 Mbombela United
The Rich Boys had to fight with everything they have to ensure they at least bag a point. The draw however did little to help their course as they are still second from bottom. Tingwenyama remain fourth and three points behind the leaders.

Jomo Cosmos 2 (L. Mntambo; S. Mkhize) Black Leopards 1 (X. Ndlovu)
The introduction of Ezenkosi’s young sensational midfielder Mmiseni “Ndishi” Ndlovu was just the tonic the side needed as they came from behind to topple Lidoda Duvha who took the lead through Xolani Ndlovu. Linda “Figo” Mntambo and Sicelo Mkhize scored for Ezenkosi who are now third on the standings.