It will be blood, sweat and tears – Furman

A nation's dreams lie in the hands of Bafana Bafana as they take on Senegal's Teranga Lions in a 2018 World Cup qualifier at the Peter Mokaba Stadium in Polokwane at 7pm this evening. 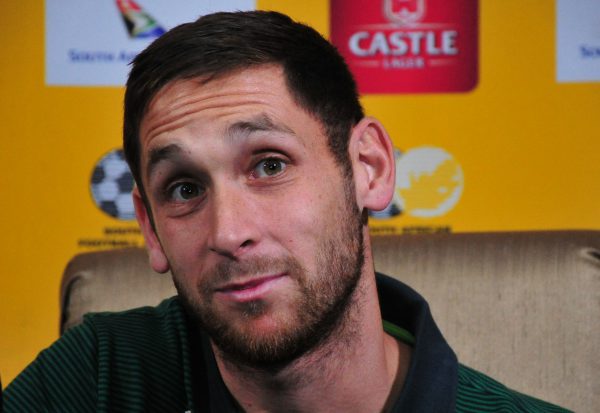 Only a win will keep Bafana in the running for a place in Russia next year.

If they can beat Senegal tonight and in Dakar on Tuesday, South Africa will qualify for the World Cup finals. With any other set of results, they will not.

Dean Furman – who could be handed the captain’s armband with both Thulani Hlatshwayo and his deputy Itumeleng Khune doubtful for tonight’s match – promised the team would fight with everything they have to keep the dream alive.

“We know what’s at stake. It is our dream, a nation’s dream to be at the World Cup. And we will absolutely do everything to be there,” he said.

“This is the kind of game for which you work hard at your club to ensure you get called up. It is games like this that you have to show up. We know we can be a big team on the continent and it is such games that take you there.”

READ: Let’s not forget our own quality – Furman

Inasmuch as they respect their opponents, Furman said the tendency to over-hype opposition teams needs to stop. “In this country we tend to get quite excited by our opposition and forget what we’ve got in our own ranks. I have seen that in our Caf Confederation Cup experience when we play the so-called giants of Africa and we talk about them as being superstars and forget what we have in our own ranks.

“Don’t get me wrong, Senegal have top players who play for top teams in Europe, but I believe we can match anyone on our day. It was no different when we went to Nigeria (Bafana won a 2019 Africa Cup of Nations qualifier there in June) and we were told of certain players and how big a player each of them was.

“We can’t forget what we have. And if we play to our potential, we are up for anyone on the continent,” said Furman.

He added that he hopes the fans will be out in full force so they can feed off their energy. “We all know the pressure is on. We have been in such situations before.

“We know we can win this one, we can take it to Senegal and if we win there, we are in. It is a nice position to be in, we obviously would love to be in a better position in the group but it is in our hands now.”