Cape Town City’s Caf Confederation Cup preliminary round opponents, Swaziland’s Young Buffaloes, have denied giving the Absa Premiership side the wrong venue for the fixture and later changing it. 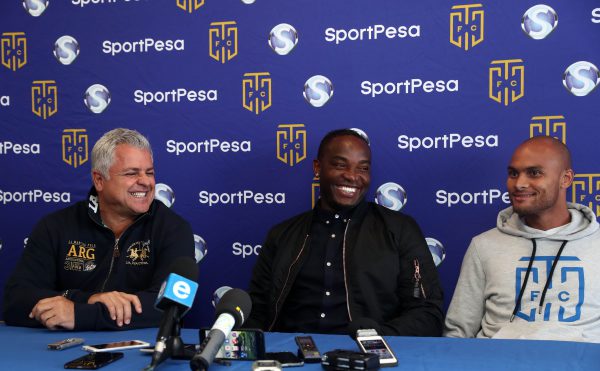 City complained earlier this week that they have had to change their travel arrangements at last minute after the venue confusion.

Benni McCarthy’s side claimed they would now have to travel to Swaziland by bus.

“We will arrive in Swaziland on Thursday evening. This is because of the stadium change, we will now have to fly to Johannesburg and then catch a bus. We were initially told the Trade Fair Stadium was the venue for the match but that has now changed,” City reportedly told Swazi newspaper The Observer.

But Buffaloes’ CEO, Sandile Gwebu said that they never listed the Trade Fair Stadium as their home ground.

“We are not the ones who told City the match would be played at the old Trade Fair. We registered two venues with Caf and the first one, our home venue, was Somhlolo. We also registered the Mavuso Sports Centre as the alternative venue,” Gwebu was quoted as saying.

Buffaloes keeper, Nhlanhla Gwebu has meanwhile revealed that they are not scared of City’s big name players ahead of Saturday’s clash.

“They have big name players in their squad but we are not intimidated. We will do our level best to fight for the nation and make our supporters happy,” the Swazi national team keeper said.