Orlando Pirates' two- goal hero Bernard Morrison is looking to grab the opportunity of getting back into the starting XI with both hands. 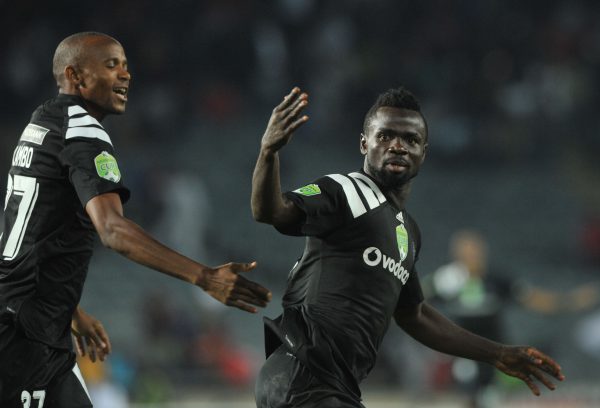 The Ghanaian forward helped the club saunter into the last-16 of the Nedbank Cup following their 2-0 victory over Ajax Cape Town at the Orlando Stadium on Saturday night.

Morrison, who has not seen much game time in the senior team as he was being mainly used in the club’s MultiChoice Diski Challenge team, scored in each half to keep Bucs on course in their search for their first piece of silverware in the last two years.

READ: I had to prove myself – Morrison

Morrison was named the Man-of-the-Match and has vowed to work harder to keep his place, saying playing in the reserve team had helped him enormously.

“I want to thank the team management for giving me the opportunity today. There’s always speculation about my future and today they showed confidence in me,” said Morrison.

“I returned the favour to the coaches by giving them a good performance. I needed to grab the opportunity with both hands.”

“When I played in the MDC, I didn’t look at that as a demotion. I looked at it as a chance to pick myself up so that I could get to a good place. The quality of players in the MDC is high. They can play in the senior team if they get a chance.”

“Proper preparation prevents poor performance. Part of the reason why I have struggled here is because I haven’t been prepared, I have taken things too lightly in the past. I’m working on it though and I need to be consistent with it.”

The Ghanaian international was praised by coach Micho Sredojevic, who said the striker’s hard work at training has paid off.

“Morrison has worked hard and it has paid dividends with tonight’s performance. But he must know this is nothing compared to the potential he obviously has. He must keep working hard,” said Sredojevic.

I'm a businessman, says Katsande after bagging first goal for Sekhukhune
42 mins ago
42 mins ago

I'm a businessman, says Katsande after bagging first goal for Sekhukhune
42 mins ago
42 mins ago