Chiefs to regroup and bounce back against desperate Stars

Admitting that last weekend's defeat was one of the lowlights in his career at Kaizer Chiefs Willard Katsande called on the team to regroup and bounce back when they meet Platinum Stars in an Absa Premiership match at FNB Stadium tomorrow at 3pm. 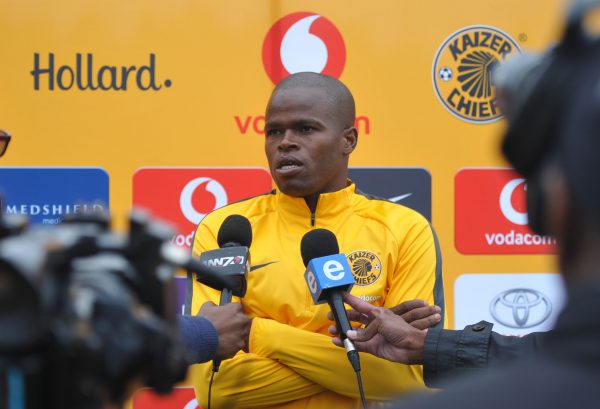 Katsande said the shameful feeling which engulfed the team after the 3-0 defeat to Chippa United was similar to the one they felt back in 2012 when they lost 4-1 to Mamelodi Sundowns in an MTN8 semifinal.

That will however have to take the back burner as Katsande and company take the field against a desperate Dikwena who are battling relegation.

“We do have a good vibe in the dressing room,” said Katsande this week. “But we just can’t ignore the past result. It was horrible and it will obviously affect us mentally.

“But it is up to us as senior players to unite the young boys and try to make them believe in themselves,” added the veteran former Zimbabwe national team captain.

“You can’t be a bad player after one game. It has happened even in Europe that big teams lose by big margins. It’s all about how you regroup and bounce back,” he said.

Amakhosi’s defeat to the Chilli Boys has given Dikwena some confidence as midfielder Wangu Gome declared yesterday afternoon that there is no way they can lose to Steve Komphela’s side.

“It is going to be tough but we can come out with a win. We have to because we can no longer afford to drop points,” said Gome. He said his side were buoyed by their win over Polokwane City last weekend and are looking to build on it.

“The win brought us so much relief and belief. Everyone now believes we can come out of this situation. We just need to take this belief into the Chiefs game. Chiefs will obviously be hungry after their last defeat but we will have to be hungrier because of where we are on the log,” said Gome.

Dikwena are bottom of the Premiership standings and will be looking to record only their fifth win of the season when they meet Amakhosi.