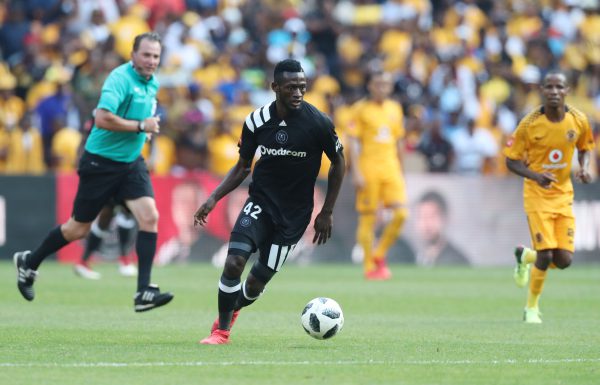 Chansa is aware that his time at Pirates might have influenced Mulenga and Shonga to join Pirates but he would him to write his own history with the Soweto giants.

“I read an article where Mulenga said that he wanted to emulate me. While that was encouraging, and even flattering, I told them both that they have talents which surpass what I did with the team,” Chansa told the Pirates website.

“I told them to just follow their dreams and remember with everything they’re doing that they are professional footballers. Pirates is a big team and there is nowhere to hide because the platform you get here means that supporters will recognise you everywhere you go. I told them to always give their best and if they stay focused, they will do well because the possibilities are endless for them,” he added.

Chansa also recalled the time he spent at Pirates as a player.

“It was a special time, a magical time, and I think as players we will always be grateful to have served the Club in that way. For me, it’s not so much about the goal, but about our generation as a whole. We did our part to add to the Club’s already rich history and culture of success. When I look at the team now and I see Happy Jele, it feels good knowing that he was part of that team which won the treble with us. The current crop will need his experience,” he explained.

“We would not have been able to do it (the treble) without our supporters. Pirates’ supporters are the most passionate and loyal supporters that I have ever come across and they will always be dear to me. I appeal to them to give the same kind of support to this current crop of players,” he said.

Chansa appealed to the Pirates supporters to back the team next season.

“These guys did well last season and obviously everybody is happy and expecting more of the players and the team in the upcoming season. The supporters need to be there to help them like they did with our generation. We will all be watching and supporting them. Even here in Zambia, we will be supporting in spirit,” he concluded.