Chiefs and Pirates aim for stars

The sides carry the hopes of millions of supporters who have been left badly disappointed as they failed to win anything meaningful. 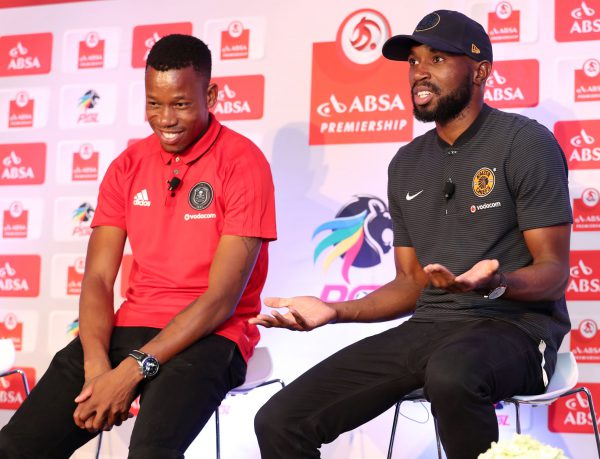 The upcoming season is a vital one for Soweto giants Orlando Pirates and Kaizer Chiefs with so much pressure on them to curb a downward trend that has engulfed them over the past three years.

The sides carry the hopes of millions of supporters who have been left badly disappointed as they failed to win anything meaningful.

In a bid to try and bring back the happy days to Soweto, the teams have reinforced ahead of the new campaign. The Buccaneers beefed up the squad from the goalkeeping department to the strike force, with nine players coming in.

READ: Katsande tries to get Ndoro to join Chiefs

Ahead of their opening league match against Highlands Park at the Orlando Stadium on Saturday, defender and captain Happy Jele is pleased with the new signings and is certain they will help to restore the side’s dignity.

“We signed good players and we just have to push them and at the same time make sure they do not feel under pressure. They need to be calm because they need to perform for the team which is very important because this is a big team. There is always pressure. As senior players we have to calm them down so that they can enjoy their football,” said the Buccaneers’ current longest serving player.

“It is important that we perform well from the outset because it will show our readiness for the new season. We want the supporters to come to the stadium but they will only do that if we perform well,” added Jele.

Amakhosi, meanwhile, do not only have new players in their squad having also added new coach Giovanni Solinas to the team to try and change the side’s fortunes and reignite their fading image. Amakhosi defender Ramahlwe Mphahlele said new recruit Khama Billiat is a big boost for the club but has urged the fans not to put him under pressure.

“We are happy to have Khama. He is a very good player. I just hope that he comes in and helps us. But our fans should not put pressure on him saying we have Khama now and everything is going to be okay. No. We need to work together as a team to win. But yeah, any team would be happy to have Khama,” said Mphahlele.

“We have a new coach who has just come in and he has his own philosophy. Change is not easy, especially at the beginning, but we are adapting and trying to understand him. We are working very hard,” he added. Amakhosi begin their campaign against the defending champions, Billiat and Ramahlwe’s former team Mamelodi Sundowns.