Lyle Lakay made his official debut for Mamelodi Sundowns in Masandawana’s 1-1 draw against Kaizer Chiefs on Saturday. 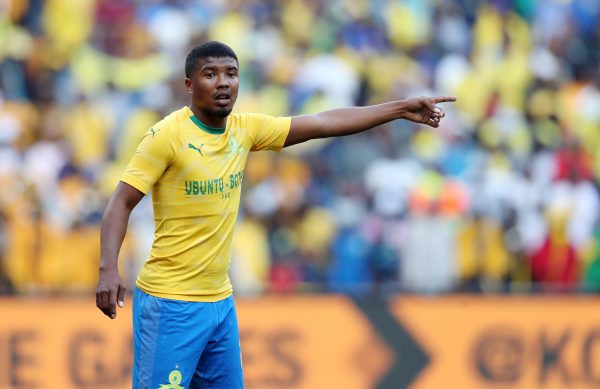 The former Cape Town City winger was slotted at an unfamiliar left-back poisition.

Following his debut, his coach Pitso Mosimane told him that he needs to drop some “habits” in his adaptation to the Brazilians’ style of play.

“Lyle came and he showed that he can compete for the left back position, he did very well,” said Mosimane.

“He still has some other habits that need to be sorted out because we must remember that he comes from a different environment and we play different here. Somewhere, somehow, I just feel he gets rid of the ball too quickly but he adjusted well,” he added.

Mosimane also handed a debut to Lebogang Maboe, whom he signed from Maritzburg United.

The attacking midfielder came on in the last 15 minutes for Sibusiso Vilakazi, and “Jingles” was impressed with the 23-year-old’s showing.

“You can see there is something, so we need to be patient, it is still early stages,” said the former Bafana Bafana coach.