The slow start to the National First Division continued at the weekend with just 16 goals scored on Match Day 2 fixtures but there were at least no goalless draws this time around. 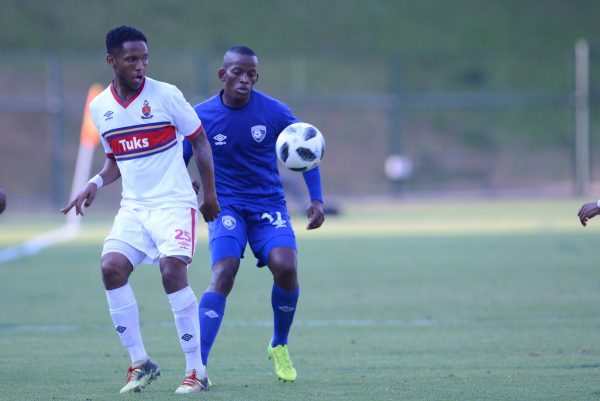 The NFD – which is known and liked for the deluge of goals – has not got off to a plying start in terms of goals this time around. Just 14 goals were scored on opening weekend.

But there have been signs that the situation will improve as players begin to understand their new coaches. Seven of the 16 teams have new coaches while many have completely rebooted their squads.

Richards Bay 2 (M. Gumede; M. Erasmus) Stellenbosch 1 (J. Moroole)
Richards Bay Fc continued their good run beating Stellenbosch FC 2-1 on Saturday afternoon to jump to the top of the National First Division (NFD) standings with six points off two games. Brandon Truter’s side showed some resilience to end up pocketing the full points as Stellies were giving them a hard time as they tried to avert a defeat so early into the new campaign.
Michael Gumede opened the scoring with his second for the season before Jarrod Moroole canceled it out. But it was not to be for the Western Cape side as Mpho Erasmus scored the second to hand the Rich Boys the full points.

Witbank Spurs 1 (K. Zwane) Maccabi FC 1 (Z. Methula)
Siyavutha could not burn NFD new comers Maccabi even after Khethukuthula Zwane had opened the scoring and the Witbank based side looked well on their way to collecting the full points. Zanempi Methula brought the fight to a fair standstill when he equalised for Mokete Tsotetsi’s side and ensured a share of the spoils.

TS Sporting 1 (B. Dhladhla) Royal Eagles 0
Roger Sikhakhane’s side’s difficult start continued as they suffered a defeat at the hands on the division’s new boys TS Sporting. It was a second defeat for Eagles who are one of the favourites for promotion and have experienced and serial promoter of NFD clubs Roger Sikhakhane as coach.
Bonginkosi Dhladhla did the job for Benson Mhlongo’s side and it was enough to secure them their first win of the season after a defeat on opening day.

AmaTuks 1 (M. Khwinana) Uthongathi 1 (P. Mahlangu og)
AmaTuks were unlucky when Pogiso Mahlangu header was mistimed by the keeper and floated into his own net but they recovered quite well when Mogau Khwinana scored with a scorching shot to ensure parity at the end of the day.

TS Galaxy 2 (N. Ndlovu; T. Chaine) Jomo Cosmos 2 (A. Nkosi; V. Mncube)
Ayanda Nkosi got his NFD career off to a great start when he put Ezenkosi 1-0 up with a superb header from Matsilele Sono Junior’s corner kick. But Nation Ndlovu brought the Rockets back with an equaliser just before half time. Tshepo Chaine then put Galaxy ahead in the second half but Vusumuzi Mncube rescued a point or Ezenkosi later on.

Tshakhuma 2 (C. Nyadombo; O. Ononogbu) Real Kings 1 (P. Faty)
Papy Faty ssocred his first NFD goal for Real Kings but it was not enough to save them from their second defeat as Sello Chokoe’s Tshakhuma Tsha Madzivhandila overpowered them. Carling ton Nyadombo and Onyedikachi Ononogbu ensured the Limpopo side keep the full points at home.

Mbombela United 1 (X. Nkala) Ubuntu CT 0
Xolani Nkala handed Tingwenyama the full points when he converted from the penalty spot to help Milton Dlamini’s side to a 1-0 win at home. Ubuntu defenders had brought down Muziwokuthula Zimu inside the penalty box and the referee awarded the spot kick.