Kaizer Chiefs coach Giovanni Solinas has revealed that he is happy to have Patrick Mabedi as his assistant and he values his contribution. 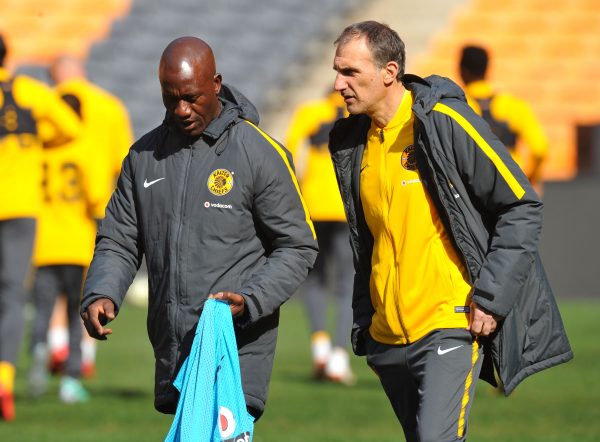 There have been wide suggestions that Solinas needs a strong willed assistant to compliment his soft side like it is happening at Orlando Pirates with Micho and Rhulani Mokoena.

“I am happy with Mabedi. Patrick is a nice boy, he is loyal and he is an ex-captain of Kaizer Chiefs and he played for ten years,” said Solinas on Wednesday morning.

“His contribution is very good. Patrick helps me a lot in my job. He gives good advice to the players especially the defenders because he was one as well. I am happy with his behaviour and the job he does. Patrick is positive for the team not negative,” added the Italian mentor.

He also revealed that he has met with club chairman Kaizer Motaung after the Soweto derby loss to Pirates and said it was normal for him to have a conversation with his boss every now and then.

“I always have a meeting with chairman and Bobby and we have a conversation. It is normal at any club. But my advantage is that I have a chairman and manager like Bobby who know football. The chairman played football for a long time and watched football for a long time. So it is not difficult for me to have a conversation and share ideas with him. This is normal,” said Solinas.