Sundowns draw ‘will give Pirates boost’ 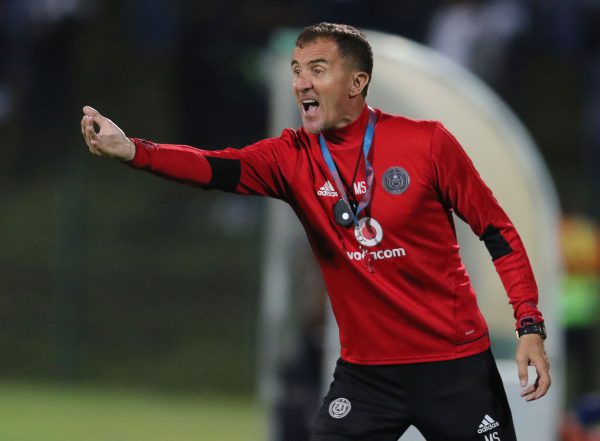 From the frying pan into the fire is perhaps what is happening with Orlando Pirates as they have another big task awaiting them at Bidvest Wits, just five days after a gruelling encounter with Mamelodi Sundowns.

The Buccaneers meet Wits at Bidvest Stadium tomorrow at 3pm hoping for a better result than the goalless draw they managed against Masandawana on Monday night if they are to stake a claim at the Absa Premiership title this term.

A win is the only result that can give Pirates some advantage in their quest for league honours. They are currently tied with Wits on 41 points although they are above their hosts on the standings through goal difference. They both trail Sundowns – who are involved in Caf Champions League football this weekend – by three points going into this afternoon’s match.

Even though Bucs coach Micho Sredojevic was disappointed that his side shared the spoils with Downs, he believes the performance displayed on the night should be a morale booster going to the Wits clash and they should be recovered.

“At least we gained a mental profit of having outplayed our respected opponents and very well-coached team. And this will drive us to recover the team properly and look forward to preparing very well against Bidvest Wits,” said Sredojevic earlier this week.

In the last 24 league matches, Bucs have won 10, lost three and registered 11 draws. Sredojevic adds that things could have been different for them had they at least won six of those they drew, however, they can’t change the past and would rather focus on winning the remaining matches, starting with the one at Wits.

“Out of those 11 draws, at least six of them we have been so close that we were supposed to win and we would have be talking a totally different story now.

“However, there are certain things you cannot turn back. It is a concern, it’s something we really wish but despite all of that we are still there where we are. We are looking in the six matches that we still have to play. We had seven matches to go and in mathematics, you are looking at the fact that there are matches you have to win, but the important thing is not to lose.

“There are now still 18 points to fight for and still so many tough matches ahead. We are just looking at how to recover the team properly…”