The Mamelodi Sundowns midfielder believes the Brazilians have what it takes to reclaim the top spot and successfully defend their championship. 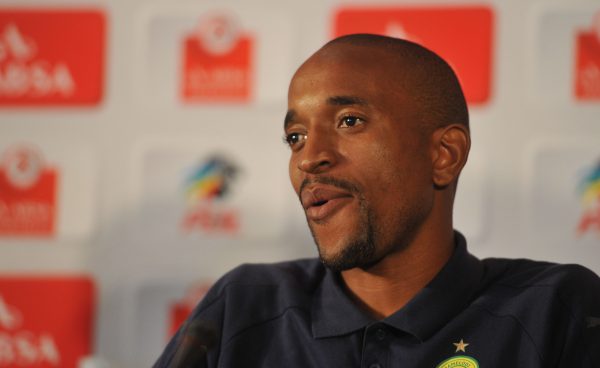 Tiyani Mabunda has suggested that Absa Premiership table-toppers Orlando Pirates are merely just warming up the seat and holding the umbrella.

The Mamelodi Sundowns midfielder believes the Brazilians have what it takes to reclaim the top spot and successfully defend their championship.

While Masandawana were engaged in the Caf Champions League where they booted out Al-Ahly to reach the semifinals after a 5-1 scoreline over two ties, Pirates racked up the points and Downs will now shift their focus to catching up with the Buccaneers as they trail Micho’s men by six points with three games in hand.

The Brazilians will resume their domestic campaign with a Pretoria derby against crosstown rivals SuperSport United Loftus Versfeld tomorrow night.

“Doing well in the continent is just part of the process of making our clubs known on the continent because we are going to the semifinals but now our focus is on the game that we are playing against SuperSport on Wednesday. It is of critical importance that we focus on the task at hand now,” Mabunda told Phakaaathi.

“I don’t think there is much pressure on us because know what we have to do, we have been in this kind of situation before and we know what to do because we have been doing the same thing for the past five seasons and we have been able to manage it accordingly.

“It is up to Pirates now to wait and look at what we do because they are the ones who are under pressure. We just need to play and get the results, which is maximum points and everything will get into place,” said Mabunda.

The midfield enforcer added: “A game against SuperSport can never be called an easy game because it is a derby and they too have been doing well and they have had been enjoying a good run.
They have so many influential players and some of their players are representing their countries. This is a side that is capable of performing on the day.

“We also as Sundowns have the responsibility to keep the name of the club at the highest level and we know that anything can happen in the derby.”