Chiefs coach feeling the heat ahead of Cup final

Kaizer Chiefs coach Ernst Middendorp has the chance to rescue their season when they meet TS Galaxy in the Nedbank Cup final in Durban on Saturday. 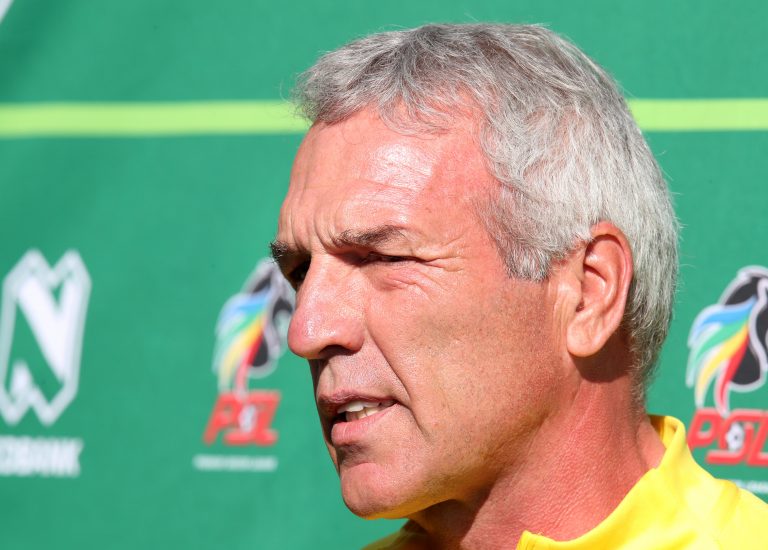 Ernst Middendorp has been back at Kaizer Chiefs for barely six months but there is already bad blood between him and some sections of the Amakhosi fan base after the team failed to finish in the top eight in the Premier League for the first time in over a decade.

But after Saturday’s Nedbank Cup final, any issues between the coach and the supporters could be ironed out, and the hatchet buried – or it could get worse.

It all depends on how Middendorp’s men fare against National First Division (NFD) side TS Galaxy in the final at Durban’s Moses Mabhida Stadium.

If Chiefs win, things will be much better and the coach will be a hero among the Amakhosi faithful.

But if they lose, calls for his head might gain momentum.

READ: Chiefs players ready for the ‘game of their lives’

When asked about this on Wednesday, Middendorp made it clear he was not thinking about anything other than the job at hand, which is to win Ke Yona.

“Don’t approach me with the ‘ifs’. If you want to write something about ‘ifs’ and what’s the options in case of ‘ifs’ then go ahead and do it, but please don’t expected an answer from me on that.

“We have a very clear mandate to win this cup and that is what we are focusing on.

“Whatever you are asking, in case of ‘if’… I am not going into it looking at options. That is something I will not answer.

“I have a contract here,” said the German-born mentor.

Middendorp will take comfort from his players looking forward to the match and the squad having a clean bill of health ahead of the match.

“When you play a derby against Orlando Pirates or a cup final there are no issues and no injuries … no kicks, no flu, nothing. The entire squad is fine,” he said.

After last weekend’s defeat to Chippa United, which resulted in the Glamour Boys finishing outside the top eight, Middendorp said he gave the players his opinion and they moved on.

“Immediately after that game I expressed my disappointment and reminded them that we haven’t achieved anything so far.

“The opposite is the case. We had a short discussion about it,” explained the 60-year-old mentor.

If Amakhosi fail to win on Saturday, it will conclude a fourth consecutive fruitless campaign for a team once famed for their dominance in cup competitions.

“The second competitive title in South Africa after the league is the Nedbank Cup and we are targeting it,” he said.

He refused to give details on his analysis of their opponents.

“That is not my style. I don’t talk about the opponents, but I have observed and seen them.”

Middendorp watched the Rockets when they played Stellenbosch in Cape Town last month.

“If somebody is a real Kaizer Chiefs supporter right now … we need all of you.

“It has to be a united force, supporting the team every minute to disperse the cloud hanging over Naturena for not winning anything in the past four years.”