Nurkovic was a constant thorn in the SuperSport defence's side and even their coach Kaitano Tembo admitted he could have had a hat-trick on Saturday. 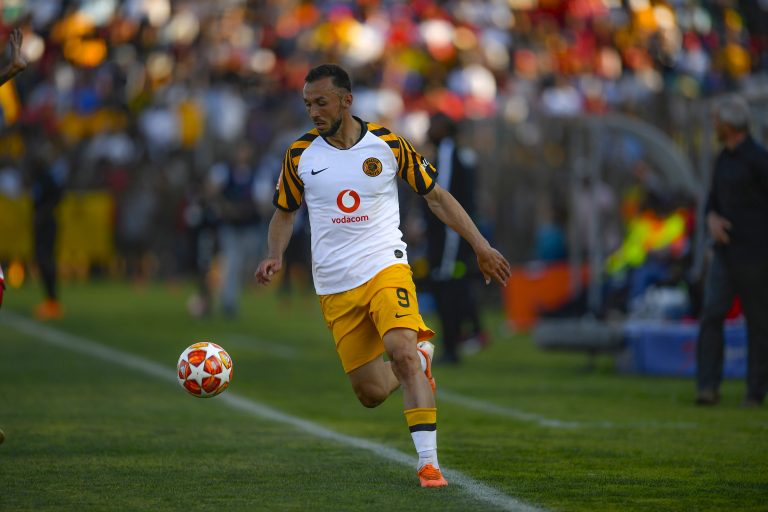 Kaizer Chiefs’ new Serbian striker Samir Nurkovic got the monkey off his back when he scored his first goal in the 1-1 draw against SuperSport United last weekend, and there is surely more to come from the 27-year-old.

Nurkovic was a constant thorn in the SuperSport defence’s side and even their coach Kaitano Tembo admitted he could have had a hat-trick on Saturday.

“We had a problem dealing with Nurkovic. He is a very good striker and it was the first time our defence has faced someone like that. He can hold the ball. He’s technically good as well and he’s also got a football brain. He makes the right decisions and he gave us a lot of problems. I think he could have grabbed a hat-trick,” Tembo said after the match.

READ: Nurkovic happy to have broken the duck at Chiefs

While Chiefs coach Ernst Middendorp is worrying about overloading the new player as he has started Nurkovic in all three of their Absa Premiership games so far, it looks like he is the man their hopes will be pinned on going forward.

“Samir is a player with the potential to create, assist and his willingness is definitely there to score himself. He has a certain brain capacity to see the runs of other players.

“But let’s be fair, he is in a totally new environment, coming from another continent and this is definitely something I need to take on my own shoulders – I’m overloading him a little bit at the moment because we need him.

“It’s very dangerous to load him in this way. I know it’s risky but he’s a very professional player and he’s doing everything possible to be prepared for the next game,” said Middendorp.

Nurkovic will again be likely to be called to lead the Amakhosi attack when they meet Cape Town City at Newlands Stadium this evening. The striker told the club’s website yesterday he was happy to have opened his account as this is important for any new striker to do it as early as possible.

“It was very important for me to have scored against SuperSport. Every striker who comes to a new club knows the value and importance of scoring their first goal. You need to get it as soon as possible to be ready for the next games. I am happy to have got my first goal and I now look at what is ahead of us,” he said.

He also explained how he scored his first goal, which was a spectacular effort: “I did not see any other solution and I just looked up to see where the goalkeeper was and I tried to lob him and everything worked out. I also thought that if the ball went past the goalkeeper someone might be lurking behind him who could have touched the ball over the line. In the end I was happy with the outcome, it is always nice to score.”