Chiefs aim at Arrows as they look to keep top spot

The best of Kaizer Chiefs is yet to come. This was the message from the two players who were influential in Amakhosi's 1-0 win over Baroka FC last weekend, Daniel Akpeyi and Lebogang Manyama. 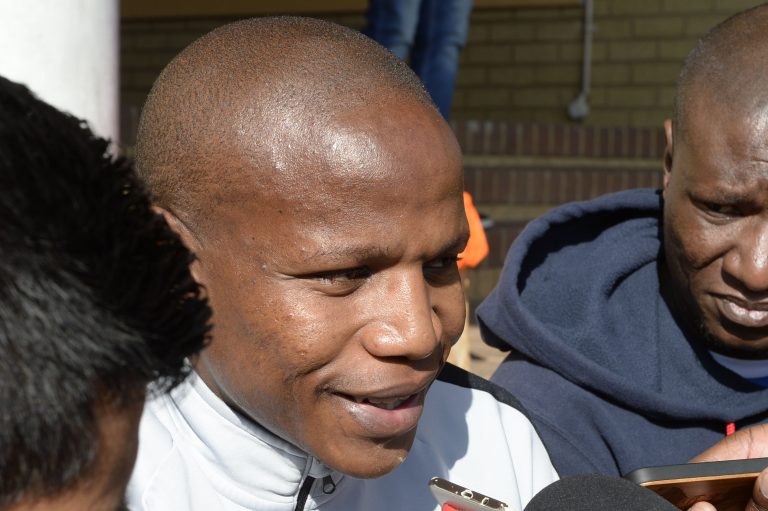 Akpeyi came on for the injured Itumeleng Khune in the first half and kept Chiefs in the game with amazing saves which earned him a Man-of-the-Match award. Manyama scored the all-important winner.

The Nigerian keeper actually said he hadn’t had the best of games and was looking at improving.

“I don’t really think I had the best of games but I think it’s a better way to start. We had a game plan and we worked with it although we somehow struggled but at least the end result – which is most important – was the three points that we came out with. For me it is just the beginning and I hope a get a chance to improve and get better with each game,” said Akpeyi.

Chiefs next meet Golden Arrows at the FNB Stadium this evening and Akpeyi said the mission remains the same – three points.

“We need three points to stay at the top of the league because as we all know there has been a long trophy drought. We have had a good start and we don’t want to drop it but we want to keep momentum going till the end,” he said.

Manyama said their profligacy in front of goal was a hindrance but was happy that they are keeping clean sheets as he said you can’t lose games if you don’t concede.

“We had a good start, we played well but our problem once again was we couldn’t take our chances. We could have killed the game. It was unfortunate with Itu (Khune) but when you have three international goalkeepers you don’t get worried who plays between the posts. Congrats to Daniel for coming in and doing a great job as per usual.

“I still believe we have not played our best football as yet. But it’s a matter of taking it one game at a time and at the end of the day the three points is what matters most,” said Manyama.

On Arrows he said: “Coach Steve, as we know, has a history with this team and he is not going to come here and give us an easy game – there are no easy games anyway. But we must give the same energy and positivity and try to take the chances we get, and again try to get a clean sheet because if you don’t concede you don’t lose. We are looking at it that way.”