Pirates move up to second after convincing victory over Chippa

Pirates have put themselves in a great position in the race for the championship, with the Soweto outfit having accumulated 35 points in 20 games. 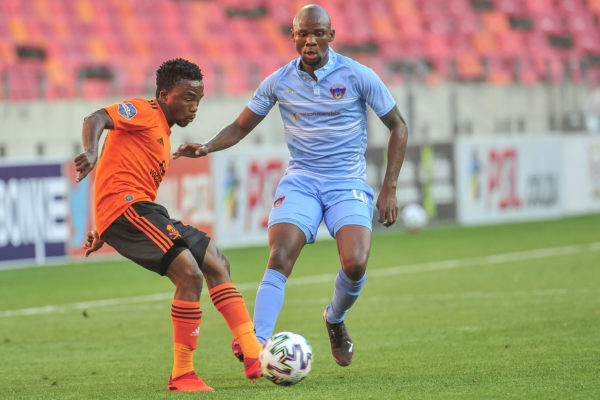 Orlando Pirates jumped to second place on the DStv Premiership standings after the Soweto side handed Chippa United a 3-0 drubbing at the Nelson Mandela Bay Stadium on Saturday.

Pirates have put themselves in a great position in the race for the championship, with the Soweto outfit having accumulated 35 points in 20 games, but they trail leaders Mamelodi Sundowns by one point – however, Downs have only played 16 matches while registering 36 points in the process.

Pirates took full advantage to leapfrog SuperSport United, who played to a goalless draw on Friday and now Matsatsantsa are on third place with 34 points.

Two goals in the first half and one in the last half saw Bucs seal maximum points, as the Buccaneers take their unbeaten run to eight games in all competitions.

Josef Zinnbauer’s team had a positive start into the game, with some early goal chances.

Deon Hotto was denied by Chippa shot-stopper Ayanda Mtshali in the sixth minute, while in the 16th minute, Fortune Makaringe failed to connect with a well taken cross by Vincent Pule inside the Port Elizabeth based team’s box.

In the 21st minute, the Chili Boys threatened Bucs goals with Sizwe Mdlinzo’s shot, but Richard Ofori made a good save.

It was the visitors who would take the lead in the 39th minute. Hotto took advantage of a defensive error by the home side and the Namibian scored what is probably one of the easiest goals he will ever score in his career to put Bucs in the lead.

Pirates were not to go into the break with only one goal. Makaringe made it 2-0 for Pirates after his cross was deflected into the back of the net by Chippa’s Rian Hanamub and the goal was declared an own-goal going into half-time.

In their bid to fight their way back into the game, Chippa’s substitute Peter Moloisane came close to scoring in the 65th minute, but Ofori pulled off a great save to deny the home side a goal.

There was nothing much the Chilli Boys could do at the end, as Bucs proved to be stronger on the day by getting the third goal of the match courtesy of Ben Motshwari, allowing Bucs to continue with their good run.

The home side, meanwhile, have dropped to 13th place on the log. Dan Malesela’s charges have only been able to collect 16 points in 18 games after dropping four points in their last two league fixtures.