With Chiefs having had a change of hearts for the transfer of the striker, his coach Brandon Truter reveals that the move not materialising didn’t sit well with Gamildien. 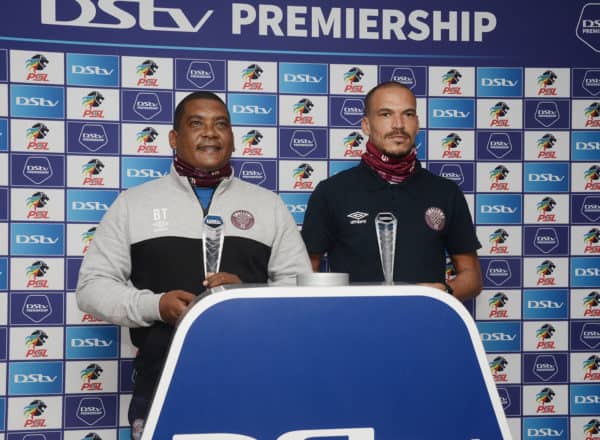 Ruzaigh Gamildien was bound to join Kaizer Chiefs for the new season after an incredible performance, which saw him score 11 goals for Swallows FC last campaign, but the move to Amakhosi fell off, which left the player disappointed.

At 32 years of age, Gamildien’s reported move to Chiefs was a shock to many, but, it seemed Amakhosi were keen on getting the goal-poacher, who shined for the Birds last campaign.

With Chiefs having had a change of hearts for the transfer of the striker, his coach Brandon Truter reveals that the move not materialising didn’t sit well with Gamildien.

“I think he was obviously disappointed. More than half of SA footballers, as youngsters, it is their dream to play for the likes of Kaizer Chiefs,” said the Swallows coach.

“I had to do some talking to, sit him down and get him to focus again. We had to look at the pros and cons of joining Chiefs.”

A lot of talking had to be done with Gamildien as the Swallows coach explains, and he says having Mwape Musonda and Kagiso Malinga will also help Gamildien to get his focus back and continue doing well for the Birds.

“We had to remind him that here at Swallows he has some stability as well because of the performances he gave last season,” he added.

“He will have Musonda and Malinga to push him as well, you can see the level of competition at training. They all want to start and play. And for the coaching staff, it is a massive headache. But, he is focused and there is no time to be relaxed, he has to get on with it.”

Gamildien’s goals helped Swallows finish the DStv Premiership campaign in sixth place on the log standings following their promotion from the GladAfrica Championship.