Pirates stars Motshwari and Mhango were in the news for the wrong reasons this week. 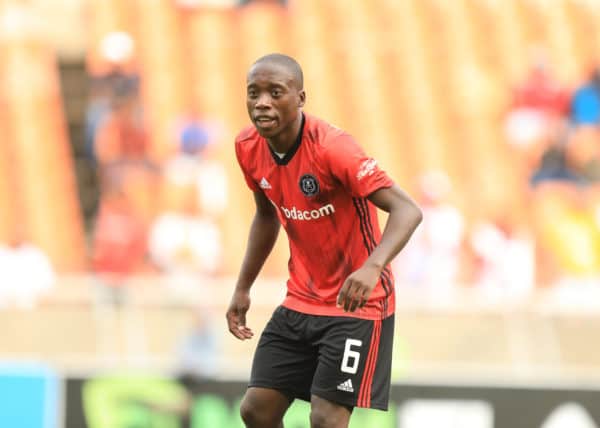 Ben Motshwari was suspended by Orlando Pirates after he was allegedly arrested for assaulting his girlfriend. (Photo by Philip Maeta/Gallo Images)

Off-the-field issues in the Orlando Pirates camp are sure to be a bit of a concern for the Buccaneers care-taker coaches Fadlu Davids and Mandla Ncikazi ahead of their difficult clash against current DStv Premiership champions Mamelodi Sundowns at the Orlando Stadium on Saturday.

This week, the Buccaneers suspended midfielder Ben Motshwari after the 30-year old was said to have been arrested, with reports alleging that he had assaulted his girlfriend.

Motshwari is sure to miss the daunting tie against Sundowns, a match that promises to be mouthwatering.

Motshwari, who has been one of the Bucs key players in the last few years has seen an injury disturb his 2021/22 campaign, and he has only made two appearances for the club this campaign.

Another player that has been on the news for the wrong reasons for the Soweto giants this week is striker Gabadinho Mhango, another key figure in the Bucs squad who was reported to have went on a drinking spree in a night club called Propaganda in Pretoria, which saw him being supposedly left with a R26 000 bill, which he failed to pay.

However, the night club released a statement on Tuesday, refuting the claims that Mhango was left with the huge bill that he couldn’t settle, even though sources who were at the club state that what was reported is true.

While Pirates have confirmed the suspension of Motshwari, the club hasn’t said anything about Mhango, who missed the team’s 3-1 victory over Chippa United last weekend.

It remains to be seen whether Mhango will be included in Pirates’ match-day squad against Sundowns, who are sitting at the top of the league standings with 10 points after four games, while Bucs are on eight points from the same number of matches – occupying fourth place on the log.

The Buccaneers have had it tough coming against Bafana Ba Style, with their last five meetings seeing Bucs only registering one victory, while Downs have won three games while the other match ended in a draw.

Pirates’ two consecutive victories, however, should be some sort of a confidence booster going into this match.