'As a coach his duty is to instil discipline to the team,' said Gallants chairman Abram Sello. 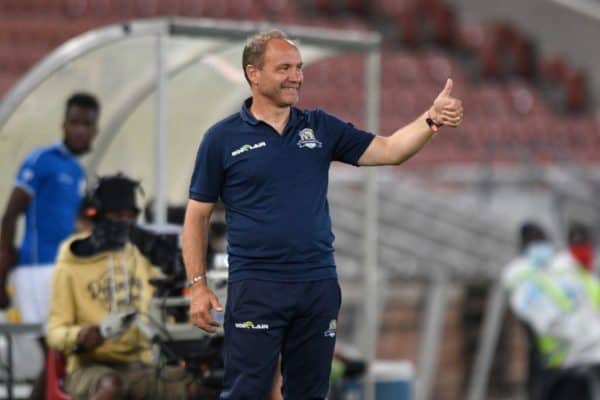 ALSO READ: Broos reveals why he hauled off Mabasa

“Migne pleaded guilty for insubordination and using abusive language towards Technical Director, Harris
Choeu. The incident happened in public, and in the presence of players and the technical team at OR Tambo International airport on a trip to Durban last weekend to play against Golden Arrows.”

It has indeed been a short stay for Migne at Gallants, which has been troubled from the start with his assistant Jean Francois Lusciuto resigning in September, with Migne citing poor organisation at the club.

“As a coach his duty is to instil discipline to the team. The club followed correct disciplinary procedure and the decision to release him was made. It is unfortunate that Sebastien had to be dismissed especially at a crucial time when we are pushing to remain in the league and advance in CAF. As management we cannot go against what the DC has decided but to wish Sebastian well in his future endeavours”, he said in the same Gallants statement.

“Marumo Gallants FC will be facing AS Vita from the DRC this coming Friday the 15 October 2021 in Polokwane on a second round of CAF,” the statement concluded.

“Despite the current developments, the Friday match will go ahead, and the club is working hard to ensure that all CAF requirements are met including having a qualified coach. The club maintains that there is no crisis and training continue as scheduled and the technical team and players are looking forward to the next games.