Bafana fans return to FNB Stadium, but not those without tickets

'There was no clear communication on how to get tickets,' said disappointed fan Nyaniso Miti. 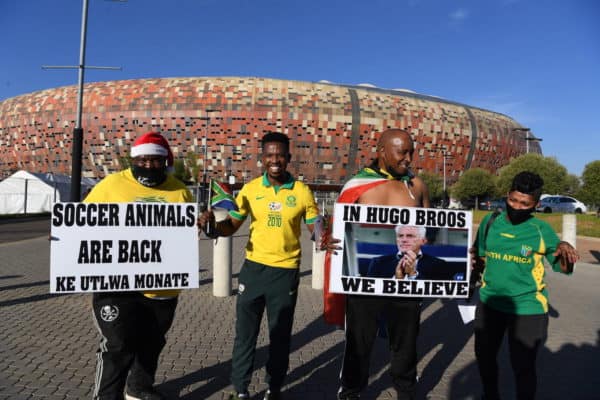 Bafana fans gathered at FNB Stadium for the first time since lockdown to watch their team. Picture: Lefty Shivambu/Gallo Images.

There was joy and sorrow among Bafana Bafana fans at the FNB Stadium, with some supporters being turned back having not registered for tickets to watch South Africa take on Ethiopia in a Fifa World Cup qualifiers match on Tuesday.

This also included a number of Ethiopians fans, who claim they did not know that they had to register online for tickets.

The South African Football Association had advised fans to vaccinate and register online to be able to get one of the 2000 allocated tickets for the match, which is part of the association’s drive to get more people vaccinated against the coronavirus.

Bafana fan Nyaniso Miti, was one of the people who had to go and watch the game at home.

“There was no clear communication on how to get tickets,” said a disappointed Miti.

“All I knew was that I had to be vaccinated in order to be allowed to get into the stadium. I came here (FNB Stadium) at 3pm so that I can be one of the people who gets to watch a live game after such a long time. I’m very disappointed, I don’t want to lie. If I had the number of sports minister Nathi Mthethwa I would have called him right now.”

This made the atmosphere a bit dull, but people like Joyce ‘Mama-Joy’ Chauke – who supports Orlando Pirates and is one of the South Africa’s super fans, was well prepared for the match having been allocated with a ticket and said she was ecstatic about getting back to the stadium after 18-months.

“This is exciting, I’m very happy to be able to watch the game live again. We are the 12th man of our national team and they need our support so that they can perform to their level best. I want to see more people getting vaccinated because we want to be back to our normal lives. You can see that there is not much vibe here, but once we are all back, it will be like old times.” 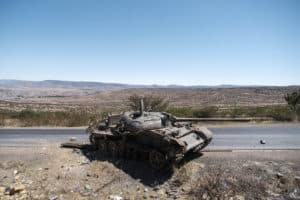 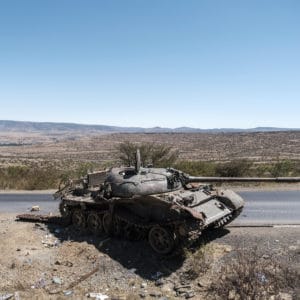