The Buccaneers will host their Congolese opponents at Orlando Stadium next weekend. 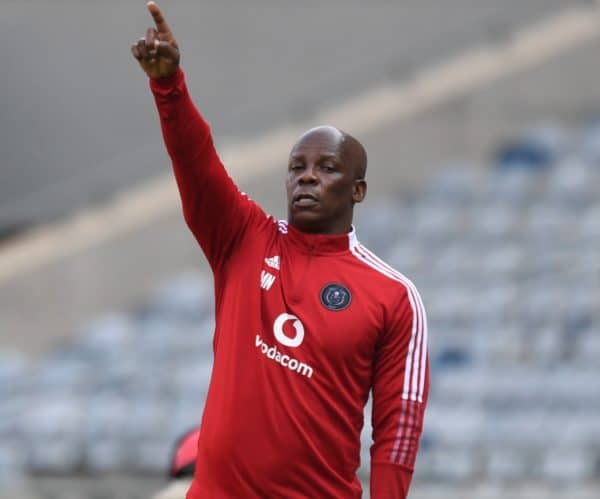 Orlando Pirates co-coach Mandla Ncikazi believes they will be able to defeat Diables Noirs when the side from Congo comes to South Africa for the second leg of their Caf Confederation Cup tie at the Orlando Stadium next weekend.

READ ALSO: Young Bucs getting game time in the reserves

This is after the Soweto giants and the Brazzaville based outfit played to a goalless draw at the Stade Alphonse Massemba-Débat on Friday.

Both sides were solid at the back, with both goalminders, home sides’s Chikito Mawonga and Siyabonga Mpontshane in the Bucs goals making some very key saves.

The home side looked the better of the two during the first stanza,but the Buccaneers did have some moments of their own, with their best efforts coming from striker Tshegofatso Mabasa, but his attempts went abegging. Nickazi is adamant Pirates will do well at home in the return fixture.

“Based on the conditions that we faced in Congo Brazzaville, we will take the point. Let’s take the performance of the players, the conditions, the artificial turf and how the opponents treated us. But the personality and character of our players, one has to appreciate.

“We’re not done yet but remember that if they score at our home, that will be a problem. But I think we have the capacity to beat this opponent, especially when we play at home. But I’m happy with the performance and the application of the players,” said the Bucs mentor.

Pirates, who have been suffering with most of their key players out due to long term injuries were dealt a major blow going to Brazzaville, as Vincent Pule added to their casualty list.

Looking at the positives, Ncikazi will be glad that debutant Kwanda Mngonyama put on a solid performance at the back alongside captain Happy Jele. The pair will be crucial in making sure Pirates go through to the next round by stopping the Diables attack of Hardy Binguila when they meet in Soweto on 24 October 2021.