Dolly has been in fine form for Chiefs and his inclusion does not come as a surprise. 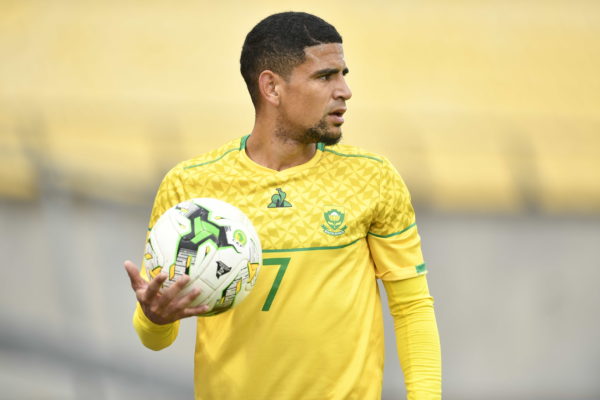 Keagan Dolly of Kaizer Chiefs has been included in the final Bafana squad for next week's World Cup qualifiers against Zimbabwe and Ghana. (Photo by Lefty Shivambu/Gallo Images)

In-form Kaizer Chiefs midfielder-cum-striker Keagan Dolly has been included in the 36-man Bafana Bafana provisional squad to take on Zimbabwe and Ghana in next month’s penultimate FIFA World Cup qualifiers.

Dolly has been in fine form for Chiefs and his inclusion does not come as a surprise.

Also included in the squad named by Bafana coach Hugo Broos on Tuesday is Baroka FC goalkeeper Oscarine Masuluke, as well as the Golden Arrows duo of Nqobeko Dlamini and Pule Mmodi.

Percy Tau also returned to the Bafana squad after missing the previous qualifiers against Ethiopia due to an injury.

Log leaders Bafana Bafana take on Zimbabwe at FNB Stadium on 11 November and three days later travel to Ghana for the final Group G match against the Black Stars on 14 November.

“Broos will announce his final 23-man squad at a press conference on Monday, 1 November at SAFA House where logistics about how fans can purchase tickets to the Zimbabwe game will be announced,” read a statement issued by the South African Football Association on Tuesday.