'Most important thing is that I am a businessman, I have to give all for the bosses,' quips the veteran midfielder. 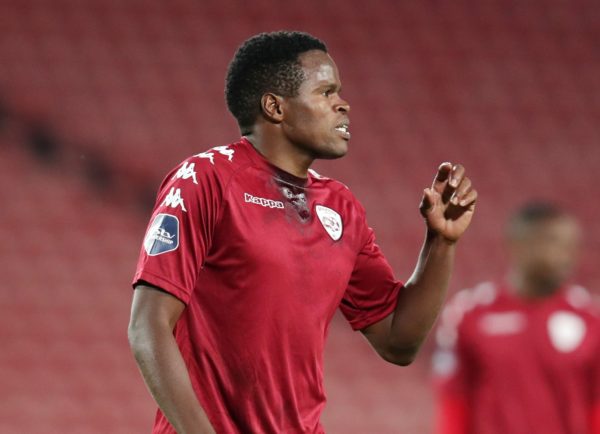 Willard Katsande has fitted in like a hand in a glove at Sekhukhune United, with the midfielder contributing to the team’s early glory moments, as they recorded their third successive victory after beating AmaZulu FC 2-0 at Ellis Park Stadium on Wednesday.

READ ALSO: Pirates bracing themselves for ‘awkward’ Royal AM

The former Kaizer Chiefs player scored the first goal for Babina Noko, his first goal for the club  since joining at the start of the season, before Chibuike Ohizu netted the second as they finished the game one man less following the sending off of Pogiso Mahlangu.

With the win, Sekhukhune are now on 14 points after eight games and sit on fourth place. Reflecting on the club’s sterling performance, the 35-years old Katsande is happy to see the club doing well and says he is committed to the team.

But he’s issued a warning to his teammates that they must not be blinded by their current success as they still have a long way to go to the end of the season.

“Obviously I am feeling happy because I scored my first goal for Sekhukhune and I am very grateful for the opportunity to play under this badge. I don’t take it for granted and I take it very seriously. Like I always said, never doubt my commitment, whether I am playing in a different team. The most important thing is that I am a businessman, I have to give all for the bosses and the team. And here we are, we managed to win our third game in a row. The most important thing is to continue doing well and to continue improving as a team and not to get ahead of ourselves,” said the midfielder.

“Now we go back to the drawing board, recoup, and celebrate tonight (Wednesday). But the most important thing is that we don’t need to lose our heads because the journey continues, we just need to keep going.”

Sekhukhune will be back in action when they travel to Soweto for a meeting with Orlando Pirates on Tuesday, 2 November at the Orlando Stadium.