Phungwayo was reportedly arrested for armed robbery and theft. 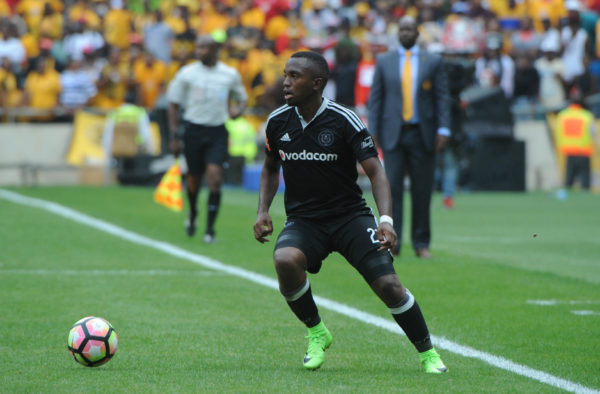 Social media has been buzzing in the last two days following the arrest of former Orlando Pirates defender Patrick Phungwayo, who was allegedly apprehended for armed robbery and theft in Johannesburg.

According to several reports, Phungwayo was arrested along with his friend and they appeared in court on Thursday.

Hawks spokesperson colonel Katlego Mohale was quoted saying, “the two suspects were arrested after they had received information about a gang of armed men driving an Audi and using it for hijackings and house robberies around Gauteng.”

This shocked many football lovers in the country and they took to social media to voice their opinions, with many surprised that a former football player is linked with such crimes.

“I think that he was once arrested for carrying an unlicensed gun. I may be wrong,” wrote @philliuNonjoni2 on Twitter.

“So he left soccer to hijack, mans is achieving his “goals” by the day,” wrote @krugersville.

“Truly sad, he is still very young, I didn’t even know that he had stopped playing,” stated @MtoloSam.

“From playing in the Soweto derby to stealing a plasma TV, Patrick Phungwayo is such a disgrace to the nation. I wish the media shouldn’t mention that he played for our beloved Orlando Pirates,” @Harry_shuf commented.

Some believe Phungwayo was driven into his suspected crimes due to a financial strain and this should be a lesson to football players to start saving money.

“I hope Lorch is saving money at the rate he is going, he is heading this way,” @vusi_sa wrote.

The 33-year old Phungwayo had a stint abroad at Panionios Athens in Greece, but has also played for Bidvest Wits and Free State Stars in the country, but it is at Pirates where he would mostly be remembered. Phungwayo spent close to five years at the club.

We knew what to expect from Stellies, says Pirates' Hotto
1 day ago
1 day ago

We knew what to expect from Stellies, says Pirates' Hotto
1 day ago
1 day ago