A tight game ends goalless in the Mother City. 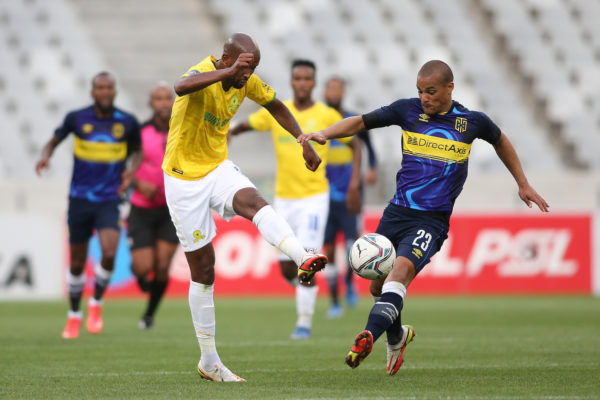 Cape Town City are probably the first team this season to force Mamelodi Sundowns to play for a draw in the DStv Premiership.

The Citizens stood pound-for-pound with Sundowns in a match at Cape Town Stadium on Saturday afternoon and could have easily caused an upset.

Sundowns are unbeaten in the league and usually dominate in every game they play.

But City pushed them back and came close to earning themselves a name for being the first team to inflict defeat upon the Brazilians.

It was however not to be, with the game ending in a goalless draw despite some good and promising moments where either side could have scored.

The first half didn’t produce too many sparks with both sides more tactical and consevertive in their approach. City did however have some quick attacks that looked to put Sundowns on the back foot.

Sundowns stubbornly continued to try their build up play although City had a good defensive block that they could not easily bypass.

The second half started a bit slower with both sides looking a little static in their performances. It did however pick up towards the end as City piled some pressure on Masandawana looking to be the first team to beat them this season.

The Citizens made some impressive runs into the Sundowns half and created a few promising chances but nothing came off them.

There were however a few close shaves and Denis Onyango was made to earn his keep probably for the first time this season in a league game.