'I don't want to lie, I don't know what is going on' said the young attacking star. 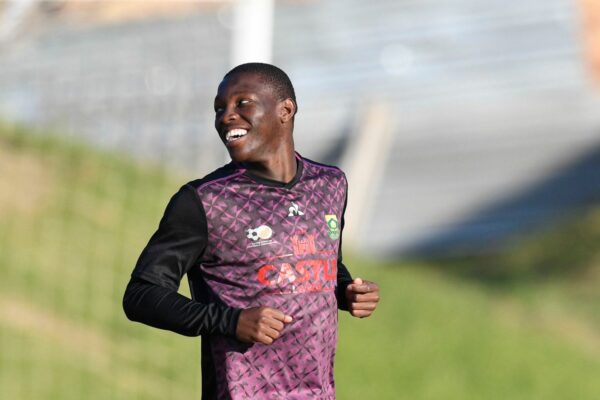 Bafana Bafana attacker Bongokuhle Hlongwane is a man in search of his scoring touch, and the 21 year-old will hope to break a goal drought against Morocco tomorrow that has lasted almost six months to the day.

ALSO READ: Bafana’s Broos is full of fight but the proof will be in the Morocco pudding

It was on December 7 last year that Hlongwane last hit the back of the net in any shirt, the winner in a 3-2 win for Maritzburg United over Cape Town City.

A move this year to the USA’s Major Soccer League and Minnesota United has so far produced 17 games without a goal, and a successful time with Bafana could just be the spark that the 21 year-old needs.

Bafana begin their Africa Cup of Nations Group K qualification campaign in Rabat against the Atlas Lions, and Hlongwane does have previous for South Africa against higher-ranked opposition.

It was the former Maritzburg man who popped up late on at FNB Stadium against Ghana in Fifa World Cup qualifying last year to give Bafana Bafana and Broos a stunning 1-0 win over the Black Stars.

“I don’t want to lie, I don’t know what is going on,” Hlongwane told Safa media on his goal drought in the US, though he has got two assists for Minnesota.

“Sometimes I feel like I am putting myself under pressure, because I know what I can do when you put me on the field. I don’t know what I have to do to score … but I know it is coming, I have to believe in myself and keep on pushing.”

Hlongwane admits he has missed his family in moving to the US, but he knows the sacrifices that come with having to make it in your football career.

“Sometimes when I see people coming to the games with their families (in the US), I feel like I need my family to come and support me. It is impossible, but I have to accept it because they are far away.

“I want to change my life and for my family to be ok, because I know where I come from.”

Rural KwaZulu Natal is where Hlongwane hails from, and he is happy to be able to send home some of his US salary to his mum and dad. His mother still works as a nurse, and his dad was in construction but was affected by the Covid-19 pandemic.

“I look after my father, every month I send money home for him, even for my mum, she is working but I send money to her to buy food and whatever she needs at home.”