The Brazilians also want to go all the way in the FIFA Club World Cup and win it. 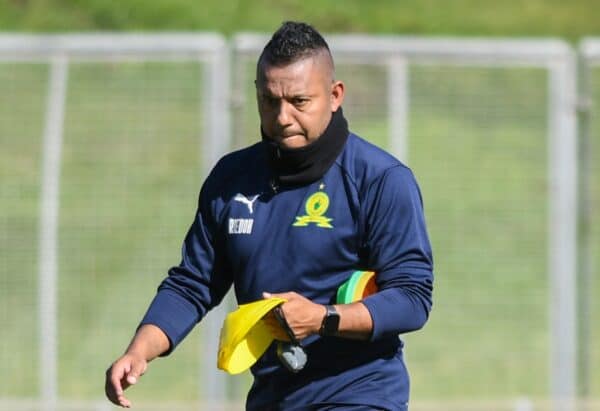 Following their shock loss to Petro de Luanda of Angola in the quarterfinals of last season’s Caf Champions League, Mamelodi Sundowns will be looking to win next season’s competition and qualify for the Fifa Club World Cup.

Berdien also added that Sundowns are not only looking to win the continental club competition, but they also to go all the way in the FIFA Club World Cup and win it.

The former Banyana fitness trainer admits that Sundowns will be under pressure to defend the three trophies they won last season. Sundowns claimed a domestic treble in the form of MTN8, Nedbank Cup and the league title in the 2021/22 season.

“Well, you know it’s not a lot of trainers that will be winning a domestic treble, so I believe we have to be grateful for the opportunity given by our president, chairman, and coaches,” he said.

“I believe it’s a massive step in achieving our goal of winning the CAF Champions League yet again. The coaches are building something massive and they have shown that they can take this club to greater heights. I believe it’s only a matter of time that Sundowns will win the champions league and play in the FIFA world club cup again.”

Berdien is part of the technical team led by Steve Komphela, Manqoba Mngqithi and Rulani Mokwena who walked away with the DStv Premiership Coach of The Season gong during the PSL Awards.

“I think it has to go with massive teamwork. I mean many people thought that working with co-coaches would not work, but at Sundowns they make it work. We speak a lot within our team preparation about humility and we certainly installed that,” Berdien continued.

“The players have embraced the coaching and conditioning methodology very well. The way the coaches work is different to most other coaches when you talk about the method, what do to in relation with the team, to analyse and condition the team the way they want, my contribution is only part of their ideas.”