'It was emotionally and mentally taxing and that took a toll on my performance,' said the Sekhukhune striker. 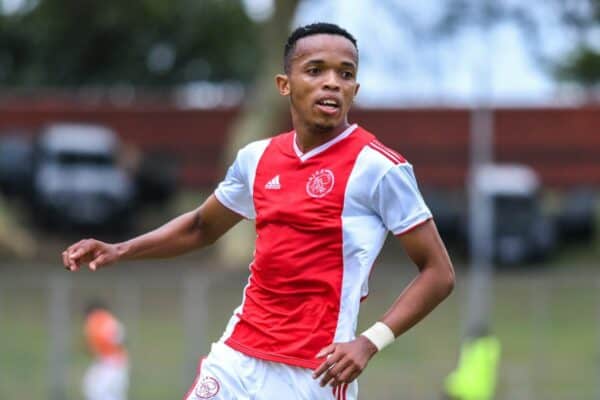 In South African football, if you manage to rattle the net close to 20 times, you’re definitely going to make headlines and the big teams are likely to squabble for your signature. But the script of Abednego Mosiatlhaga, 27, panned out differently.

Ajax and a opportunity that never happened

Three seasons ago Mosiatlhaga scored 18 goals for Ajax Cape Town in the GladAfrica Championship, and he subsequently did not imagine that he would see himself plying his trade in the second tier. What frustrated him the most was that speculation and rumours were rife about his possible departure from the lower league into the DStv Premiership

“You work hard towards achieving this particular goal and the work that you have done towards that goal is enough but at the end of the day a move did not materialise. It was emotionally and mentally taxing and that took a toll on my performance. But after each and every season I had to tell myself that I have to give it another try,” Mosiatlhaga tells Phakaaathi.

“Once you score two or three goals, the more you want to score, because the net never gets full. But when you go a few games without scoring you feel like you are not doing enough. I never had the target of scoring as many goals as I did, I was just looking to improve from the previous season. I scored all those goals and to see what happened after that season (at Ajax), I was so disappointed and I did not know what to do. In the season that followed, I still couldn’t believe that I was still stuck in the NFD,” he adds.

Wits and seasons of struggle

Mosiatlhaga did previously feature in the top flight, getting his break at the now defunct Bidvest Wits, who branded themselves as a side that would give him his big break.

His stay at Gavin Hunt’s side, however, is a chapter of his career that he wound not mind skipping when he one day shares his experiences with his grandchildren.

“It was difficult at Wits,” he saysi, taking a deep sigh before continuing to recall the frustrating time when he was reduced to a spectator and had to cheer on the array of stars at The Students.

“I went to Wits after I finished matric, I was just a small boy but I was always on loan. Ashley Makhanya scouted me and he played a huge role in my first step towards professional football. I was in the School of Excellence and I was playing as a midfielder, I was not an attacker.

“When I got to Wits, Makhanya asked me why I was playing as a midfielder when I have so much speed. I told him that I have been playing in that position ever since I kicked a ball and he said ‘this is not your right position, from now on you are going to start playing as an attacker’. Ever since then, it changed the mentality of how I approached the game. I never saw that in me, he discovered that in me.

“I never wanted to be there (at Wits), it was crazy. I was there for about three seasons and I never played, I made 10 appearances and only four of those were starts. It never looked like it was going to happen for me to be a regular and I knew that the grass would definitely be greener elsewhere.

“At the time the club was big and I was competing with the likes of Daine Klate, Elias Pelembe, Vincent Pule and other established wingers. It was hard for me to break in and I felt a loan was better for me than to just sit and watch,” added.

When his wish to go out on loan was granted, he found himself in Stellenbosch under Steve Barker, but that stay was short-lived as Hunt came knocking at the Mother City’s team’s door, and recalled Mosiatlhaga to lend a helping hand, as the team were embroiled in a relegation struggle in the 2017/18 campaign.

What followed after Wits avoided the axe was something he did not expect.

Stellenbosch give him a striking chance

“Wits survived relegation and I was told that I was not in the plans of the coach. I did not have anywhere to go and Barker called me and told me I could rejoin his team. He said they needed me and he told me that ‘look, if you are injury free I believe that you can challenge for the top goalscorer award’,” he said.

“That time all my life I have played as a winger, I don’t have that striker mentality and I laughed it off. (But) from that season I began to believe that I am a goal-getter. We won the league and the team went on to play in the top-flight.”

After helping Stellies gain promotion, Mosiatlhaga and those around him thought the writing on the wall was too obvious, suggesting he had just booked his long awaited ticket to the DStv Premiership. But Wits recalled him, again, only to loan him out to Ajax, where he became a mainstay of the team.

“If I look back at my Stellies chapter, it is something I am proud of because Stellenbosch was never known to be a town that prides itself on football. If you go to Stellenbosch, rugby is the main sport but now they have an established team in the Premier Soccer League and we managed to help them get promoted.

“My heart is always with Stellies, even when I was in the NFD, I made sure that I kept myself updated on how they did. After winning the league with Stellies, then going to Ajax and becoming the top goal scorer, then losing the league on the final day of the season with Ajax, then we went to the playoffs – I asked myself: ‘how much must a man try?”

The constant back and forth with Wits, where he spent seven years on paper but has little or close to nothing to show for his loyalty to the club, made him lose his mind a bit.

Unlike Mamelodi Sundowns midfielder Lebohang Maboe, who could not bring himself to talk to anyone about the frustration that his recent anterior cruciate ligament injury brought, Mosiatlhaga had plenty of support.

“The biggest thing that I had to take care of thus far is my mind. When I retire and look back and maybe admire the most is that I tried my best to remain stable mentally. Spurs always had a chaplain, Bruce Madien. He is at Stellenbosch now. He’s always there in training sessions and he helps players with any kind of issue, be it family or financial, or mental. He used to be a chaplain for Leicester City and I had never been at a club that had a chaplain,” added Mosiatlhaga.

“It was easy to open up to him and we would even pray on the field. In that season when I scored a lot of goals, I got used to scoring every game.

“Then there was a time when I went four games without scoring and then he came to me and asked me how I was feeling, and I was down at the time. The team was winning but I was not satisfied, He said ‘look, I know you are used to being in the headlines but it is not about you, it is about the team. Is the team losing?’, he asked. I just saw other players progressing but nothing was happening for me while I was at my best, ” Mosiatlhaga explains.

Not many players can share anecdotes of fighting for survival, trying to win the league and playing in the promotional playoffs. Mosiatlhaga has been there and done that. He helped Ajax finish second in the second division – only behind Swallows FC on goal difference – which booked them a place in the playoffs but they succumbed to Black Leopards, who retained their top-flight status.

“If you are in the NFD, fighting for relegation is the most difficult one because if you lose, the team goes to the ABC Motsepe League and when we fought for relegation, we survived on the last day against the University of Pretoria. We won 2-1 and I scored those two goals and the feeling was as though we won the league. Fighting for the league is equally as difficult because everyone has their eyes on you,” says the School of Excellence graduate.

“At the start of Ajax’ first season in the NFD, we won six games in a row and everyone was already congratulating us, saying we are going back to the top-flight – that plays a huge role on the mentality of the players. If you are not disciplined enough you can easily take your foot off the pedal and that is probably what happened to us and we just lost it. The most important thing when you are challenging for the league is to keep sane and not act as though you made it. It was a good lesson for everyone who was part of that journey – it is not until you play the last game.”

Sekhukhune and a second chance

Ahead of this season, Mosiatlhaga was unveiled as one of Sekhukhune United’s new attackers, an opportunity to take a second bite at the cake after Wits failed to give him the milk and honey they promised when they took him in as a teenager.

“I have been playing in the NFD for a long time and I thought that was the time for me to advance. I won the league with Stellenbosch and I thought that was the time. But I still played in the NFD. A lot of people have been saying this is long overdue but it is only God who is in charge and he is the one who is writing the story so I can never complain and say I am a bit late. I believe that I am right on time,” Mosiatlhaga says.

“I could tell you that I am a Christian and all that, but after you have done everything to reach your goal it just is not happening. This is where your faith is tested but I am someone who believes that things may take time to happen and one of the things that comforted me the most is that our life stories can never be the same.

“I can never have the same story as someone who blooms at 18 years old. Look at Jamie Vardy, when did he start playing professionally, then you look at a player like Lionel Messi, he started at a young age … you can never determine where you are going to end up. The Bible says all things work together for your good.”