Word is that the players are set to be either be loaned out or released from their contracts in January owing to lack of game time. 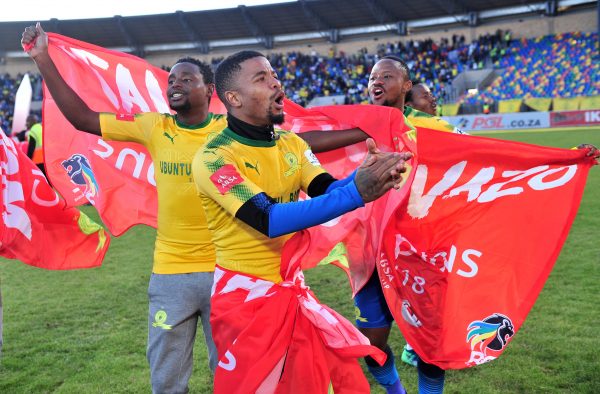 Phakaaathi has learnt that Mamelodi Sundowns president Patrice Motsepe is not happy about the possible release of George Lebese, Thokozani Sekotlong, and Lucky Mohomi.

Motsepe is said to be unhappy about how things have turned out for the Mamelodi-born players at his club.

“The reason why these players were signed was because the president wanted Mamelodi-born players in his team, but all of them were hardly used and [he] is not taking the news about their release well,” said a source close to Sundowns.

“What’s disappointing the president is the fact that none of these players were given enough chances to prove themselves. If it was up to him, these players would stay, but he doesn’t want to be seen to be dictating how the technical team should do its job, so he is just keeping quiet.”

Lebese and Sekotlong are yet to make an appearance for Sundowns this season, while Mohomi has made one appearance.

As reported by Phakaaathi earlier, the trio is set to leave Sundowns in January.

Masutha one of Swallows’ top candidates?
1 day ago
1 day ago

Masutha one of Swallows’ top candidates?
1 day ago
1 day ago