Lamela fights for a place in Pochettino’s plans

Erik Lamela is fighting to convince Tottenham manager Mauricio Pochettino he is worthy of more than 'impact substitute' status ahead of a big week for the north London club. 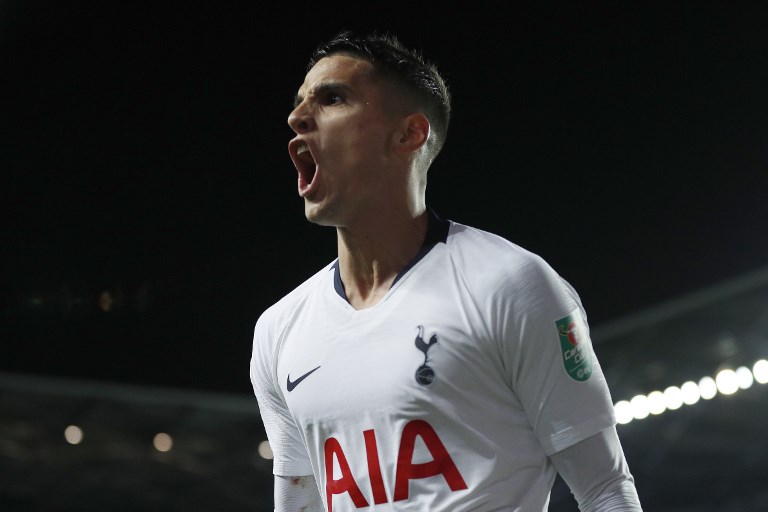 Tottenham take on the Premier League’s bottom team when they travel to Huddersfield on Saturday, then host Lionel Messi’s Barcelona in the Champions League on Wednesday.

With Tottenham already six points adrift of Premier League leaders Liverpool and having started their European campaign with a defeat against Inter Milan, Pochettino’s team selections are sure to be scrutinised more closely than ever before.

Exactly where Argentina winger Lamela will fit in is difficult to predict.

An abdominal problem means Christian Eriksen will not travel to Yorkshire, giving Lamela a potential chance to start at the John Smith’s Stadium.

But Denmark star Eriksen could be back in time for the Barcelona clash, so Lamela must make the most of his chance if he features against Huddersfield.

Lamela is already on course for his most productive season in a Tottenham shirt as far as goal-scoring is concerned.

He has played five times this season and contributed three goals, against Liverpool and Brighton in the Premier League and most recently in the League Cup against Watford on Wednesday.

Yet the 26-year-old has started just twice, with the Watford game, which was eventually settled by a penalty shoot-out in which he scored, the only 90 minutes he has so far been allowed to complete.

Lamela might point out that the other game he started was the 2-1 loss at Inter that Tottenham were actually winning when he was replaced by Harry Winks in the 72nd minute.

“Of course you always expect from a player like Lamela to have an impact when he’s on the pitch,” Pochettino said.

“It’s normal for me that he scores goals and performs so well.”

It should not be forgotten though that this is actually Lamela’s fifth year at Tottenham.

Much has happened since Tottenham, flush with cash from the sale of Gareth Bale to Real Madrid in 2013, signed Lamela from Roma when Andre Villas-Boas was manager.

It took the player an age to adapt to English football despite a rabona-style wonder goal in Europa League action in Pochettino’s first season in charge.

A hip injury sustained in October 2016 put his career on hold for more than a year, far longer than initially anticipated.

Two operations were eventually required and his time on the sidelines coincided with the devastating news that his younger brother, Axel, had been paralysed by an accident in a swimming pool.

That hit him hard but he returned to action in November last year and made 33 appearances before signing a four-year contract extension this summer — a clear sign, surely, that the player can still make it big with Tottenham.

“I don’t know but I hope yes,” he said when asked whether this could be Lamela’s best season.

“I think he deserves it. He’s suffered a lot in five years here. He’s had a few long injuries that kept him away from the pitch.

“The club deserves it too because it was a massive effort when they signed him, and the fans. Of course I hope yes and we have an amazing season.”