Nagelsmann is under pressure to win a tenth straight Bundesliga title for Bayern in only his first season in charge. 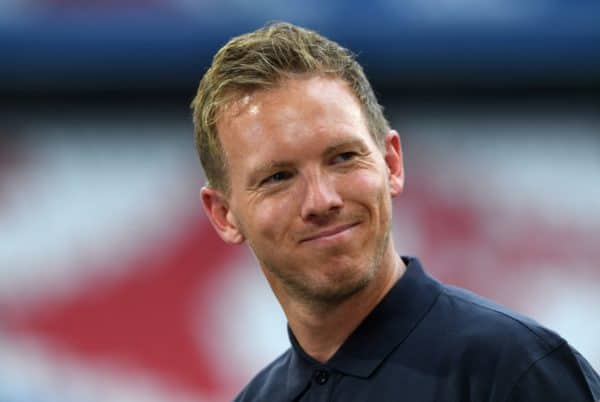 Julian Nagelsmann joked that he wants to hoard titles like a ‘hamster’ after winning his first trophy at Bayern Munich with his debut victory as head coach of the Bundesliga giants.

Nagelsmann, 34, is under pressure to win a tenth straight Bundesliga title for Bayern in only his first season in charge — the champions drew Friday’s opening league game at Moenchengladbach.

He celebrated with his team after captain Manuel Neuer lifted the Super Cup in Dortmund and joked that he hopes to hoard titles in the way hamsters store food.

“You can see that I have such small hamster teeth — I’d like to be a title hamster,” joked Nagelsmann.

“The title is a reward for our pre-season work. I am still happy, but it belongs more to others than to me,” Nagelsmann added after Bayern’s impressive display.

Their head coach is not the only one who covets titles in his first season.

“This title is just the beginning, we still have a lot to do,” wrote Bayern’s new CEO Oliver Kahn on Twitter.

Nevertheless, Bayern’s sixth straight win over Dortmund was a clear reminder of their status as Germany’s top club.

Dortmund striker Erling Braut Haaland, who dazzled last Saturday with three assists and two goals in a 5-2 thrashing of Frankfurt, had a frustrating night against the Bayern defence.

The towering Norwegian had a goal ruled offside, as did Dortmund striker Youssoufa Moukoko, 16, while the hosts pulled a goal back when their captain Marco Reus curled a long-range shot inside the post.

Nagelsmann described Robert Lewandowski, who turns 33 on Saturday, as “better” than Haaland.

The Polish goal-machine has now scored 24 times in as many games against his former club Dortmund.

Dortmund were left licking their wounds as defensive mistakes contributed to Bayern’s goals.

Dortmund head coach Marco Rose acknowledged there are certain mistakes “you can’t make” against Bayern and there were “one or two too many of them”.

Before kick-off, Lewandowski — who broke Mueller’s record by scoring 41 Bundesliga goals last season — held up an old jersey of the Bayern icon.

“He meant so much to the whole world and to the history of football,” said Lewandowski, who has now scored in 14 consecutive competitive games.

The only player to top that was Mueller, who scored in 16 straight games for Bayern in 1969/70.

Meanwhile, Bayern captain Manuel Neuer sat out training Thursday with an ankle knock as the defending Bundesliga champions wait on their goalkeeper’s fitness for this weekend’s home game against Cologne.

Neuer, 35, needed treatment on his right ankle during Tuesday’s 3-1 win at Dortmund in the German Super Cup.

He played the full 90 minutes and lifted the trophy on the pitch after Bayern striker Robert Lewandowksi sealed victory with two goals.

In a statement, Bayern left it open whether the Germany goalkeeper will be fit for Sunday’s home league game at the Allianz Arena.

The defending champions are hunting their first Bundesliga win of the new season after drawing last Friday’s opening match at Moenchengladbach.

If Neuer drops out, he is set to be replaced by reserve goalkeeper Sven Ulreich, 33, who rejoined in the summer after a season at second division Hamburg. 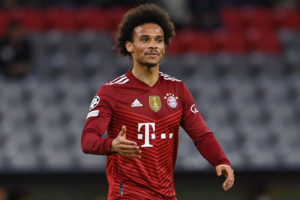 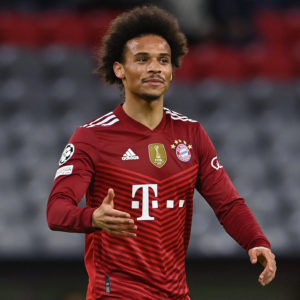 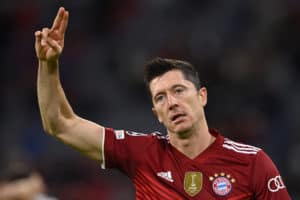 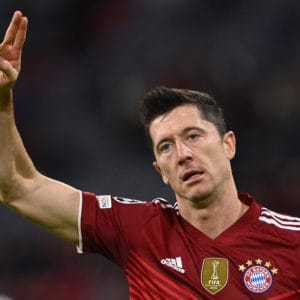