Napoli await for Massimiliano Allegri's team who have so far managed just a point from their two league fixtures. 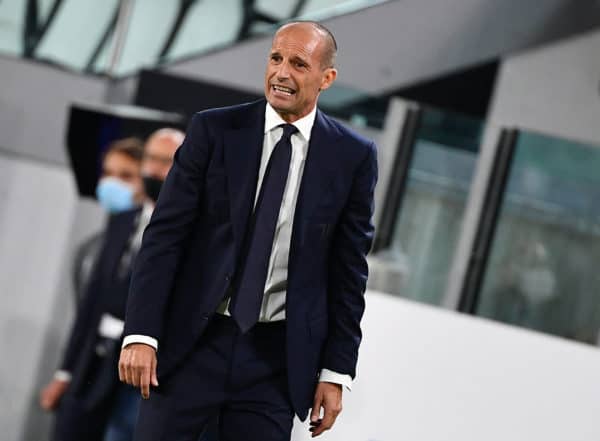 Juventus travel to one of their biggest rivals on Saturday as they return from the international break hoping to rebound from the dispiriting opening two weeks of the season which have left serious question marks hanging over their Serie A title credentials.

Napoli await for Massimiliano Allegri’s team who have so far managed just a point from their two league fixtures and fell to a humiliating home defeat to promoted Empoli late last month, a day after Cristiano Ronaldo fled for England.

Their opponents meanwhile have a perfect six points and will welcome back Victor Osimhen to the Stadio Diego Armando Maradona after the talented forward’s two-match suspension for hitting Daan Heymans in their opening day 2-0 win over Venezia was halved on appeal.

Juventus are also in a race against time to get their South American players — including key first-teamers Paulo Dybala and Juan Cuadrado — back in time from their respective countries’ World Cup qualifiers.

Allegri will however be cheered by the form showed by Moise Kean in Italy’s 5-0 stroll against Lithuania on Wednesday night, a brace and all-round dominating performance up front in Reggio Emilia showing that he is ready for action on his Juventus comeback.

Kean, 21, will alongside Alvaro Morata be responsible for plugging the hole left in attack by Ronaldo’s departure to Manchester United, and his return to Turin gives him the chance to claim a leading role not just at Juve but also for the national team.

Pressure has grown on Italy coach Roberto Mancini to drop Ciro Immobile, an unconvincing presence in international football, and Kean looked comfortable in the Azzurri jersey after missing out on Euro 2020.

“I’ve come back to Italy with new goals and with a new head on my shoulders,” Kean, who last season impressed on loan from Everton at Paris Saint-Germain, said after his double.

“Being there helped me a lot, because I was close to some really great players, I was lucky to be able to take notes and learn all the time.”

Allegri will also be able to count on Manuel Locatelli, who will make his first start for the club he supported as a boy after shining in Italy’s midfield in their disappointing goalless draw in Switzerland last weekend.

That should help Juve against Napoli, who are short in midfield after injuries to Piotr Zielinski, Diego Demme and Stanislav Lobotka.

Italian media report that deadline-day signing Andre-Frank Zambo Anguissa could make his full debut for Luciano Spalletti’s side despite only arriving for his first training session on Wednesday.

The weekend’s other big match sees AC Milan and Lazio put their perfect records on the line on Sunday evening, with Zlatan Ibrahimovic a possible starter at the San Siro after Olivier Giroud contracted Covid-19 last week.

Lazio have got off to a blistering start under Maurizio Sarri and Immobile will be keen to quieten the doubters by adding to the four league goals he has already netted this season.

Osimhen missed large chunks of last season through injury and coronavirus after Napoli shelled out a club record fee to sign him from Lille, and big things are expected of the Nigeria striker under Spalletti after a promising pre-season.

The 22-year-old has only played 21 minutes of the current campaign owing to his red card against Venezia, meaning he should be raring to go in what is traditionally the biggest game of Napoli’s season after netting for his country against Cape Verde on Tuesday.

1 — Juve have only managed a single point in two matches against Udinese and Empoli.