The tragedy happened at gates where final ticket checks are supposed to take place. 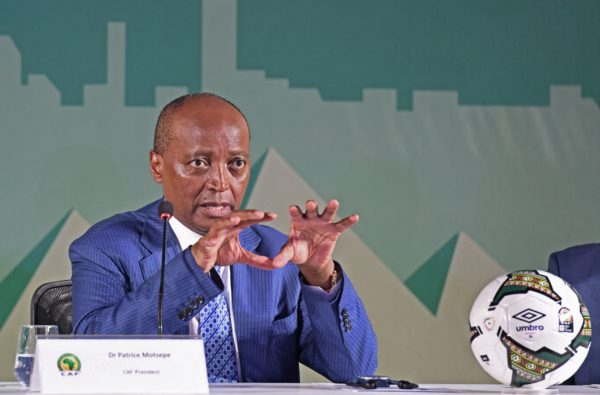 African football supremo Patrice Motsepe says an “inexplicable” decision to keep an entry gate closed was responsible for the deadly crush which killed eight people before an Africa Cup of Nations match in Cameroonian capital Yaounde on Monday.

“That gate was supposed to be open because if it was open they would have walked through, and for inexplicable reasons it was closed” the Confederation of African Football (CAF) president said at a press conference on Tuesday.

“If that gate was open as it was supposed to, we wouldn’t have had this problem we have now, this loss of life. Who closed that gate? Who is responsible for that gate?”

Eight people died and 38 were injured as fans attempted to enter the Olembe Stadium where the hosts Cameroon were playing the Comoros, according to figures released by the country’s health ministry.

A baby was reportedly one of those trampled by the crowd and was in a “medically stable” condition, the health ministry added.

Motsepe called for a probe after Cameroon’s President Paul Biya earlier ordered an investigation “so that all light is shed on this tragic incident,” according to Sadi.

The tragedy happened at gates where final ticket checks are supposed to take place.

“It was when the police opened the gates that people fell and others trampled on top of them,” said Professor Andre Omgbwa Eballe, director of the Olembe district hospital who attended the match.

“I saw the bravery of the Cameroonian people. People were resuscitating others, doing mouth to mouth, otherwise there would have been more deaths,” Motsepe told AFP TV.

One man in his 30s who was caught in the crush told AFP that it was “complete chaos” at the entrance to the stadium as supporters without tickets tried to force their way in.

“I arrived a quarter of an hour before kick-off. I had my ticket, but all of a sudden a group of people without tickets arrived and tried to force their way through and we found ourselves pushed up against the fences,” said the supporter, who gave his name as Stephane.

“I was crushed up against a woman who said she couldn’t breathe. Eventually the gate gave in and I was able to get through, but it was complete chaos.”

Motsepe said the Cup of Nations quarter-final due to be played at the Olembe Stadium on Sunday will be switched to the Ahmadou Ahidjo stadium, also in Yaounde.

He added that CAF had not considered cancelling the rest of the tournament but had contemplated the idea of postponing the last-16 ties scheduled for Tuesday.

Instead the tie between Senegal and Cape Verde and Morocco’s game against Malawi were both given the green light, with a minute’s silence observed before each match.

Although crowds at the 60,000-seat Olembe Stadium had been limited to 60 percent of capacity for the tournament because of the pandemic, the cap is raised to 80 percent when Cameroon’s Indomitable Lions play.

Mohamed Salah, the Liverpool star at the Cup of Nations with Egypt preparing for their quarter-final against the Ivory Coast in Douala on Wednesday, said his team’s thoughts were with the victims.

“We are sorry about what happened yesterday, and hopefully the injured people will come back home safe,” Salah said.

Cameroon was initially meant to host the Cup of Nations in 2019, but the event was moved to Egypt over concerns the country’s stadiums were not ready, as well as question marks over security.

Overcrowding at football matches around the world has resulted in scores of deaths.

Thousands of fans in the Egyptian capital Cairo in 2015 attempted to enter a stadium to watch a game, triggering panic as police fired tear gas and birdshot, resulting in 19 dead.

In April 2001, 43 people in a stampede at Johannesburg’s Ellis Park stadium during a game between Orlando Pirates and Kaizer Chiefs.

In chaotic scenes at last year’s European Championship final between England and Italy in London, some 2,000 ticketless fans gained access to Wembley, with an independent review finding that a tragedy was only narrowly averted.