When she is not working or relaxing on her farm, or training, James is focused on promoting disability sport in Limpopo. 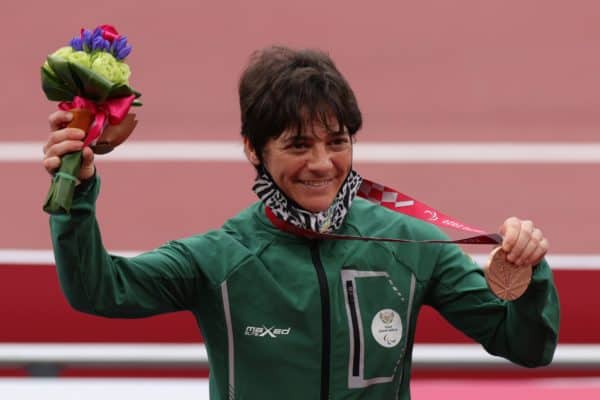 After producing a superb string of performances at the Paralympic Games, sprinter Sheryl James hopes her achievements will inspire the youth in her home province.

The 35-year-old athlete closed out her campaign in Tokyo on Thursday by taking fifth place in 13.67 seconds in the women’s 100m final in the T37 class for athletes with cerebral palsy.

“This was an amazing experience,” James said.

“Now I’m going back to the farm to do some farming, ride my horse and walk my dog.”

When she is not working or relaxing on her farm, or training, James is focused on promoting disability sport in Limpopo.

“I’ll carry on training but I also want to develop younger athletes,” she said.

“We’ve started a bit of awareness and initiated some development in our province, and we’ve got a club going called IsAbility Limpopo, which is an extension of the IsAbility Sports Club in Gauteng. We’re trying to build momentum and help make the kids aware of what’s possible.”

ALSO READ: ‘I had to fight for this’ – Du Preez celebrates dream medal

Road cyclist Toni Mould, the only other South African in action on Thursday, was eighth in the women’s T1-2 road race.

Though she was well behind Jana Majunke of Germany, who won the 26.4km race in 1:00:58, Mould produced a gutsy performance as the third T1 athlete to finish, crossing the line in 1:52:17.

After nine days of competition at the Tokyo Games, the SA team were lying 33rd in the overall table with five medals (three gold, one silver and one bronze).