20-year-old Lloyd Harris has tongues wagging yet again after he led SA's charge in their Davis Cup promotion tie against Denmark. 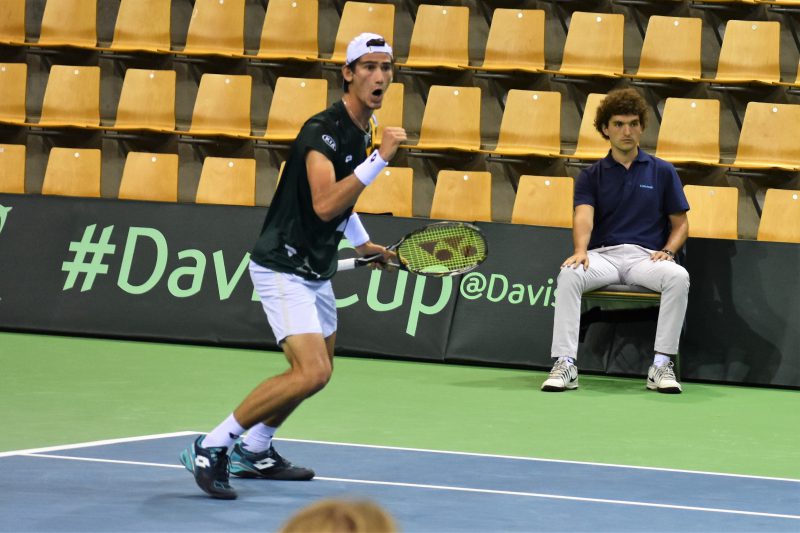 Having spearheaded the national team to their playoff victory on Sunday, lanky Davis Cup star Lloyd Harris again displayed his tremendous potential on the ATP Tour, according to SA captain Marcos Ondruska.

With South Africa’s top-ranked singles player Kevin Anderson indefinitely unavailable, 20-year-old Harris had led the squad over the last couple of seasons, and paved the way against Denmark in Aarhus at the weekend.

Harris won both his matches, while Raven Klaasen and Ruan Roelofse took the doubles rubber, as the SA team secured a 3-1 victory with a match to spare.

“I think Lloyd played incredibly well over here and showed the class he has already developed… and for him to come out and do what he did is a true testament to the skill and talent this young man has, and the potential future he has,” Ondruska said.

With their win, the national squad gained promotion to Euro-Africa Group 1 next year, returning to the second-tier division after being demoted four years ago.

“This is something we’ve been working towards for two years now (since Ondruska was appointed) and it feels incredible to be at this moment,” he said.

Harris, who had shown real potential as a successor to Anderson on the global circuit, said the promotion victory was the highlight of his fledgling career, as he looked to take the Davis Cup squad another step forward in their attempt to return to the top-flight World Group.

“I felt everyone that was helping me – Marcos, the guys on the bench, the support from South Africa – was amazing and they really got me super pumped up,” said Harris, who climbed to No 229 in the world rankings yesterday.

“Afterwards I was very happy, not only for me but for the team and the country.

“It was a great feeling, almost like I’ve never had before.”