The ATP's Coach-of-the-Year just recently parted ways with Kevin Anderson after he got the best out of SA's leading player. 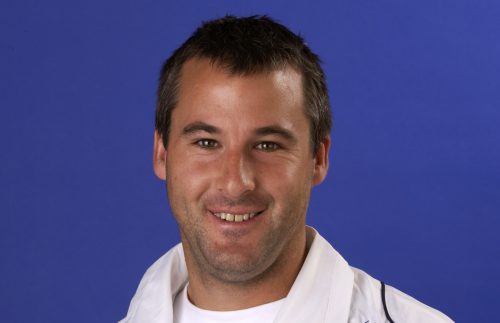 Having established his place as one of the most respected coaches on the international circuit, Neville Godwin hopes to pave the way for the next generation of South African players after committing to a part-time role as a high performance consultant with Tennis SA (TSA).

“It’s an exciting time for us, and there’s some good talent out there we’re looking to develop,” Godwin, the 2017 ATP Coach of the Year, said.

Godwin’s new position, according to TSA chief executive Richard Glover, would be used to lay a platform in creating a long-term domestic structure.

“We’re trying to build a high performance pipeline… and a key part of that is exposing our up-and-coming players to the best possible coaches we can get access to, particularly coaches who are working at ATP level, like Neville,” Glover said.

Godwin, who cut ties with SA No 1 Kevin Anderson earlier this month, was set to work with local players and coaches at all levels of the game, though he would concentrate on junior age groups.

He admitted there would be challenges to overcome, insisting a group effort was required.

“As always in South African tennis, one of the biggest challenges is going to be amalgamating everyone and getting everybody to work together on the same page towards a common goal,” Godwin said.

The 42-year-old former player was Anderson’s coach for four years, guiding him to a career-high world No 10 ranking and a historic place in this season’s US Open final.